The heat was on at the Brisbane Convention and Exhibition Centre when it hosted the launch of the Australian selection for the Bocuse d’Or competition recently (October 26).

Known internationally as the Culinary Olympics, top Australian chefs competed under the watchful eye of previous competition representatives including TV MasterChef judge, George Calombaris to represent the nation at Lyon in France in 2011. 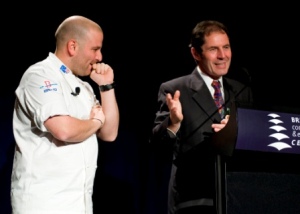 As the world’s most prestigious cooking competition, Bocuse d’Or in Lyon, France, the Australian selection saw more than 350 guests including cuisine connoisseurs and industry heavyweights in attendance. 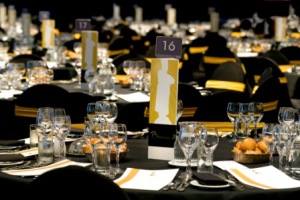 The event, noted as the culinary olympics, selects the Australian
representative for the gruelling competition.

The selection process now begins with the preparation of the competition criteria and nomination forms with the official cook off for the qualifying contestants to be held in May 2010.

For more information on the competition event click here.

For more information on holding your next event at the Brisbane Convention and Exhibition Centre click here.