Brisbane has won the right to host the world’s largest meeting for water practitioners and researchers – the prestigious IWA (International Water Association) Water Congress which is to be held at the Brisbane Convention & Exhibition Centre in 2016. 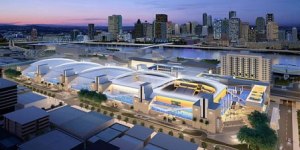 Brisbane will be home to the IWA World Water Congress and Exhibition the International Warter Association’s main biennial event, that attracts 5,000 water professionals, companies and institutions from over 90 countries

The announcement was made on Sunday night, Brisbane time, at the International Water Association’s Governing Assembly Meeting in Vienna.

Brisbane was successful against Sydney in a tight contest to host the coveted event, expected to attract 3,000 international water professionals while delivering an economic boost to the Queensland economy of $11 million.

The IWA Water Congress was last held in Australia 10 years ago and provides Brisbane with extensive opportunities to showcase world standard research and management practices in water and water conservation.

Mr Tom Mollenkopf, Chief Executive of the Australian Water Association, hosts for the 2016 Congress, said the selection of Brisbane as the host city for the Congress recognises the leading edge work that has been conducted in water management in Queensland and across Australia in recent times. 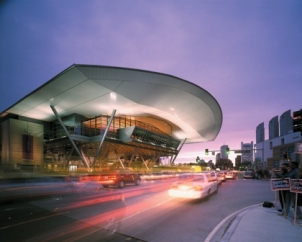 In a succesful bid for the coveted event, Brisbane beat Sydney and will expect an economic boost of $11 million to the Queensland economy through the conference

“With around 3,000 mostly international delegates the Congress will deliver an incredibly stimulating and vibrant event to Brisbane” he said, adding that it will also provide an unparalleled opportunity to maintain an international dialogue in water management matters where Australia has carved an enviable global reputation.

Mollenkopf praised the “extremely enthusiastic and professional” ‘Team Brisbane’ effort as well as what he described as the outstanding support from the sector. “This made an unbeatable proposition which the Australian Water Association was able to offer the world.”

“This Congress provides a great opportunity to increase Brisbane’s international profile as a leading business destination and showcase the city’s capability to host world class scientific events,” he said.

Brisbane Marketing’s Convention Bureau Director, Annabel Sullivan added, “This win is significant to Brisbane, Australia’s new world city because water is the precious natural resource that is integral to our lifestyle. Recognition of Brisbane’s deep understanding and respect for the importance of water is reflected in the City’s water sustainability focus, and our way of life which embraces the responsibilities of being the custodians of local waterways, the Brisbane River and Moreton Bay.”