Advertisement
The property has undergone a $20 million renovation to unveil new conferencing facilities and a brand new look. 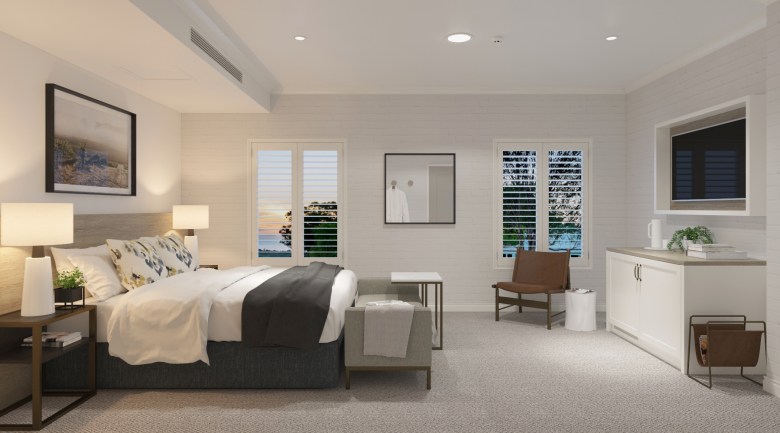 Spicers acquired the former Peppers-branded property in 2016 and have since undertaken a $20 million renovation process.

“Having purchased this property two years ago, I am thrilled to finally unveil the first look at this charming retreat that pays homage to its roots as a meeting place for local wine maker,” says Spicers Retreats owner Jude Turner.

Upgrades include refurbished conference facilities, a large-scale gazebo for events, a private dining room and an updated design inspired by the surrounding mountain ranges and vineyards.

Located two hours from Sydney, the property can accommodate 120 guests across its five venue spaces.

“Spicers Guesthouse will boast 49 accommodation rooms, including a four-bedroom standalone cottage – perfect for larger groups and weddings – all set in the picturesque surrounds of the beautiful Hunter Valley,” he says.