The celebration included flamenco dancers and Spanish opera as colourful as the food at the National Gallery of Victoria, when 190 guests of Peter Rowland Catering, including the Consul General to Spain in Melbourne Gomez de Aranda and his wife, Cristina Villén, shared a Spanish Feast in the Great Hall at the National Gallery of Victoria, in honour of him.

He will work in the restaurant under the direction of chef, Andoni Aduriz. Mugaritz has frequently been classified in the world’s top 10 restaurants by both San Pellegrino and Restaurant magazine – in 2011 reaching third place. 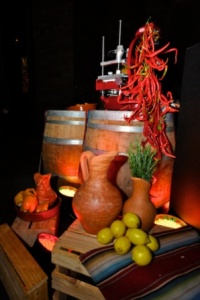 190 guests celebrated in Spanish fashion at the National Gallery Victoria.

Guests at the dinner enjoyed a five course Spanish inspired menu prepared by Peter Rowland chefs, commencing with tapas including shaved jamon Iberico and toasted almond gaspacho and concluded with an array of Spanish cheeses and Pedro Ximenez sherry.

Peter Rowland Catering chairman, Paul Lappin, said his company is very proud of Liam’s achievements and has a culture of encouraging professional development of its employees throughout its 50 years history. In thanking the guests for their support, Liam said he was looking forward to the influences and techniques of working in such an international environment. 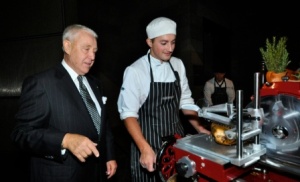 Liam will commence his sabbatical in May following which he will return to complete his apprenticeship with Peter Rowland Catering and Holmesglen Institute.