Advertisement
L EAT catering has announced the appointment of Sous Chefs Jacob Peters and James Roberts at The Cruising Yacht Club of Australia.

L EAT catering has announced the appointment of Sous Chefs Jacob Peters  and James Roberts at The Cruising Yacht Club of Australia.

Peters started his career over ten years ago at the historical Barnaby’s restaurant. This was followed by two years at the exclusive Ballifscourt Hotel in West Sussex where he sampled some of the UK’s finest flavours. Wanting new challenges, he returned to Australia and event catering where for almost four years he enjoyed the fast paced environment with high volume caterers The Avocado Group. 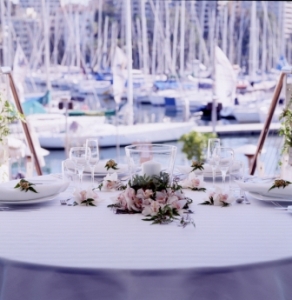 It was during this time, cooking for various celebrities and dignitaries, he developed a creative flair with fresh produce. Relishing his new role at L EAT Catering, his philosophy is simple – great food comes from great produce.

Completing his apprenticeship at the award winning Est. Restaurant, James Roberts moved onto Omega Restaurant where he was quickly promoted to Sous Chef. His passion for fine cuisine further developed during his placement at a number of high profile restaurants such as Apres, China Doll and Civic Dining.

With his love of creating exceptional food, he was a natural selection to create L EAT’s new season bistro menus.