Advertisement
After seven years earning a reputation as a leading provider of audio visual production services to the Australian events industry, AV1 is now expanding its operations into Victoria.

After seven years earning a reputation as a leading provider of audio-visual production services to the Australian events industry, AV1 is now expanding its operations into Victoria. 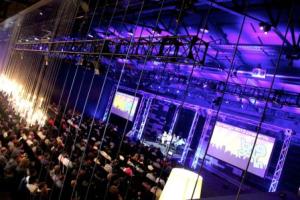 A recent AV1 production in Melbourne.

Specialising in business events, AV1 offers an end-to-end production service for all corporate communications. From conferences to roadshows, media launches and gala dinners, AV1 is now offering its full suite of services to the Melbourne event community.

“We’ve been supplying production for events in Melbourne since our inception but mostly for Sydney-based clients choosing Melbourne as their destination,” said AV1 managing director, Keith Wootton.

“With a local presence, we now have the ability to collaborate more with our Melbourne-based clients, allowing us to be an extension of their team for the entire event production process,” he said. 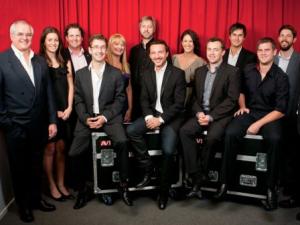 The award winning team at AV1.

Long serving senior staff member, Charlotte Moscrop has relocated from Sydney to head up the South Melbourne office, with the support of a team of local Technical Directors.

“AV1 is not just an equipment supplier,” she said. “We are a fully integrated production company and we have built our reputation on excellent customer service, innovative use of technology and creative staging concepts.”

2012 will go down as a big year in the history of AV1. Besides the expansion into Melbourne, there was also the launch of AV1 Media – the new service division specialising in video production, content creation, interactive tools and 3D design – and numerous awards, including being voted in the Top 5 AV & Staging companies in Australia.