Advertisement
For two weeks the city of Sydney will be immersed in music and light as part of the Vivid Sydney event. From 26 May until 14 June 2009 the city will transform into a living canvass of light and sound around the Sydney Opera House, The Rocks, Circular Quay

Key Sydney landmarks including the Sydney Opera House, The Rocks, Circular Quay and the CBD will be transformed into a living canvass of light and sound when Vivid Sydney hits town later this year. 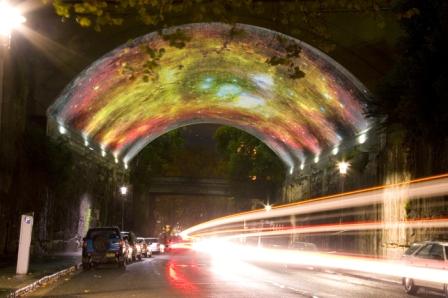 Sydneysiders will get to experience the simulated visual effects of driving under
the  influence of alcohol during the Vivid Sydney festival
The event will feature a festival curated by Smart Light Sydney at Sydney Opera House showcasing dynamic light art sculptures, with a free light walk staged from Observatory Hill, around the Rocks and Circular Quay.
Smart Light Sydney was conceived by festival director Mary-Anne Kyriakou. It is set to excite audiences with dozens of atmospheric light creations with minimal energy consumption, reduce light wastage and revitalise urban spaces.
Created by Events NSW, Vivid Sydney will be the biggest international music and light festival in the Southern Hemisphere.

It will run from May 26 until June 14 and is one of five anchor events in the first ever NSW Master Events Calendar.