Advertisement
The 2010 Helpmann Awards, presented on Monday at the Opera Theatre, Sydney Opera House, kept theatre and live performance fans entertained and tuned into FOXTEL as their favourite performers and shows were recognised in 42 award categories.

The 2010 Helpmann Awards, presented on Monday (6 September) at the Opera Theatre, Sydney Opera House, kept theatre and live performance fans entertained and tuned into FOXTEL as their favourite performers and shows were recognised in 42 award categories.

Broadcast live to television on FOXTEL’s STVDIO channel , the Awards have been running since 2001, established by Live Performance Australia (LPA). Awards were presented in 42 categories including  additional recognition for Tony Gould AM and Brian Nebenzahl OAM RFD were honoured as the recipients of the prestigious JC Williamson Award that recognises their outstanding contribution to the Australian live performance industry. 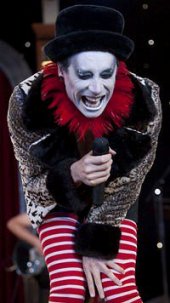 Winner of Best Cabaret Performer, iOTA, was also recognised for the performance in Smoke and Mirrors

David Campbell was host of the Awards Ceremony and sang two numbers during the evening. The Ceremony included performances by the casts of Jersey Boys, Avenue Q, The Wizard Of Oz, The Drowsy Chaperone, West Side Story, Bangarra Dance Theatre, Smoke & Mirrors featuring iOTA, The Australia String Quartet, The Man In Black and the cast of Mary Poppins. 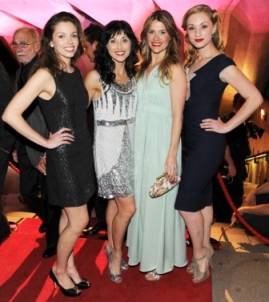 The Awards Ceremony was produced by Jon Nicholls and directed by Stuart Maunder.

“Live performance engages and entertains audiences across the breadth of Australia from the smallest rural community to the largest city. And the strength of the industry is evidenced in the extraordinary list of outstanding Helpmann nominees we honour tonight.”

“This year marks the 10th anniversary of the Helpmann Awards and the second year the NSW Government has supported the event through Events NSW,” said NSW Minister  for the Arts, Virginia Judge.

“Our investment reinforces the NSW Government’s ongoing commitment to the creative industries. We helped move the event to the iconic Sydney Opera House to reflect the stature and prestige of the Helpmanns,” she said.

Following the Awards Ceremony guests enjoyed an After Party at The Argyle in The Rocks.