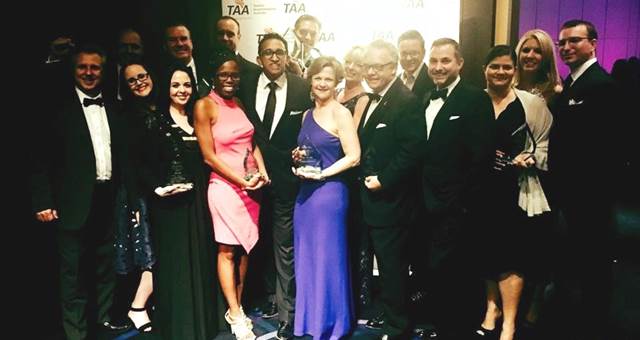 The IHG team with their awards

The evening kicked off with Peter Tudehope, Chairman of the TAA NSW Board, welcoming the Hon. John Barilaro MP, State Minister for Regional Development, Minister for Skills and Minister for Small Business, the Hon. Keith Pitt, Federal Assistant Minister for Trade, Tourism and Investment, Scott Leach, President of the AHA NSW and Stephen Ferguson, National CEO of the AHA.