Morrissey chose 18 staff to model the new designs, with a fully choreographed special zig-zag catwalk. The uniforms were met with huge applause from both the staff who will be wearing them and a media contingent including travel and fashion writers. 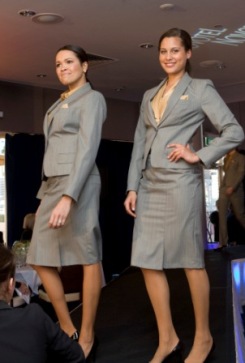 Accor Vice President Australia Simon McGrath said he was proud to invest in staff at a time when many companies were cutting back on costs. He said the new uniforms will take the Novotel brand to the next level in its evolution at a time when Novotel hotels across the country are undergoing a substantial upgrade in their facilities and décor.

The Peter Morrissey Novotel uniform is contemporary, stylish and uncluttered, in keeping with the Novotel brand’s new direction. The colour palette for the uniforms is a combination of grey, caramel, hazelnut and white, complementing the Novotel interior colours.

“The new uniforms – as with the brand more generally – are modern, innovative and inviting, and certainly designed for natural living,” said Morrissey. “I want the uniforms to give staff more confidence and to make them feel appreciated so they are excited to get dressed for work every day.

“To have the Novotel brand associated with such a legend in Australian fashion signals Novotel’s commitment to cutting-edge design that is also highly practical in the workplace,” McGrath said. 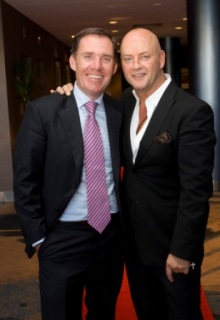 Morrissey has been an icon in the fashion industry dressing the likes of Nicole Kidman, Kylie Minogue and Elle Macperson. He is equally well known for putting more than 70,000 Australians into uniforms each day – including the Qantas crew.