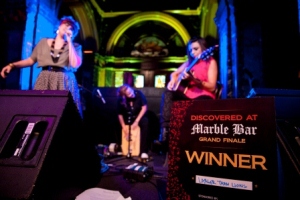 Winning band, ‘Larger Than Lions’ have won the public vote at the recent ‘Discovered at Marble Bar’ event held at Hilton Sydney.

Matt Coyte, editor, Rolling Stone Magazine said “Discovered at Marble was a pleasant surprise for me. I saw a handful of acts that really knocked my socks off, and I think some of them have the potential to be in the next wave of big Australian artists.”

Larger Than Lions vocalist Penny Pettrigrew said “winning this amazing competition is huge for us. We love Marble Bar and winning a residency at one of Sydney’s most prestigious venues motivates and pushes us further to achieve our dreams and is an amazing reward and achievement for our hard work in our musical journey as Larger Than Lions. This accolade definitely rewards us for all our late nights and annoyed neighbours!” 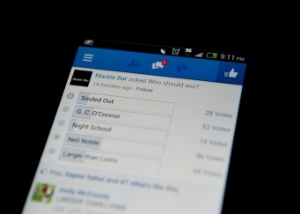 The live music event saw bands battle it out to gain the public vote via social media, determining the winner.

Larger than Lions will begin their residency from Wednesday 3 April from 7pm and will perform through to June.

The inaugural campaign was conceived to support Sydney’s live music community and highlight the incredible talent in the city. Marble Bar in its 120 year history has been a renowned hot spot for live music. Campaigns such as Discovered at Marble aims to further highlight the importance of live music and supporting the local community. The bar is aiming to support live music through a program of showcasing local undiscovered talent.

Drew Michel, director of programming, MTV Networks Australia and New Zealand went on to say, “Discovered At Marble at the Hilton was a fantastic night showcasing some of the best live musicians going around. Congratulations to “Larger Than Lions” for their win, they were definitely standouts on the night.

The social media based competition commenced in January and ended March 2013. 30 eclectic entries were received through Marble Bar’s Facebook page with the music genres ranging from pop, rock, soul, R&B, swing, jazz and lounge. The general public were encouraged to vote for their favourite acts with almost 6000 votes received. 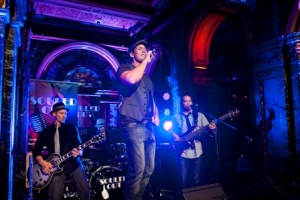 One of the additional top five Sydney based finalists; Sould Out.