Advertisement
Both the Melbourne and Sydney chapters of the International Special Events Society (ISES) have been recognised by the internationally acclaimed ISES Spirit of Excellence.

Both the Melbourne and Sydney chapters of the International Special Events Society (ISES) have been recognised by the internationally acclaimed ISES Spirit of Excellence.

The Awards, founded in 1987 recognise global ISES for excellence in a variety of categories as judged by ISES Headquarters. The winners are announced during the Annual General Meeting held at the annual ISES Eventworld. This year Eventworld was held from the 2nd – 4th August in Dallas, Texas.

Melbourne’s ISES chapter was awarded the “Excellence in Special Projects” Award their highly successful Student Conference, ‘Only Live Gives You Five,’ held at the Sofitel Melbourne on Collins on 23rd May this year. The event was also recognised for its creativity, planning and strategic management, winning from a record eighteen other nominees. 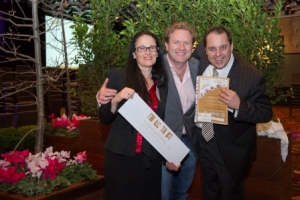 As a mark of global distinction and the highest level of professional acknowledgment within the special events industry today, the award acknowledges the extraordinary efforts of the ISES Melbourne Chapter, Student Conference Committee, Gian Blundo (President); Jon Hopwood (VP-Education) and Yvonne Wilson (Secretariat).

“What a fantastic result culminating from the hard work and commitment of the ISES Melbourne Chapter Student Conference Committee over the past four years. This is tremendous acknowledgment of our relentless endeavour to reach the highest standards,” said Gian Blundo, President ISES Melbourne Chapter.

Additionally, the Sydney Convention and Exhibition Centre’s creativity and innovation in event delivery was again recognised internationally, with the venue winning a Esprit Award for the Best Event Design and Décor.

The award acknowledges the Centre’s achievement in staging the spectacular Unconventional Evening in November 2011. 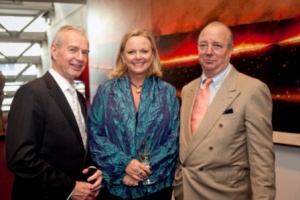 Sydney Convention and Exhibition Centre was recognised by ISES International for their recent ‘Unconventional’ dinner.

The event demonstrated the Centre’s talents and creative flair to more than 80 identities from the arts, media, wine and food industries. The event was inspired by a painting from the Centre’s Australian art collection, the fiery nine-metre landscape, Point to Point, by renowned artist Tim Storrier.

With Storrier in attendance as guest of honour, the Centre’s Executive Chef Uwe Habermehl added fire to ice to deliver a succession of theatrical dishes highlighting the finest local produce.

Meanwhile, the Centre’s production team transformed the cityview Bayside Terrace into a shimmering interpretation of the evening’s theme, with hundreds of tiered candles and a massive projection of another Storrier painting, Landscape which spectacularly morphed into Point to Point.

“The Centre is about to celebrate 25 years of delivering great events so it is wonderful to win an award of this calibre as we approach a landmark anniversary in 2013,” he said.

“This award is not just about the Centre’s skill in delivering a seamless event, it’s also about the creativity and passion which our teams have demonstrated since our doors first opened. I congratulate them all for their world-class performance.”