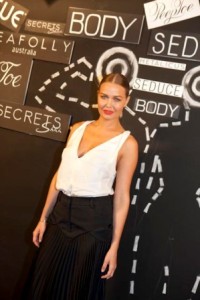 Guests, including Lara Bingle (above) attended to show their support for the campaign launch

With over 150 guests showing their support including Lara Bingle, Charlotte Dawson, Sally Obermeder, Mink Sadowski and Adam Hill, the event ran smoothly and was buzzing with excitement and energy.

The black and white themed warehouse space was stylishly put together by event producer, James Gordon allowing guests to try on product in the wardrobes from this year’s Fashion Targets Breast Cancer collections. 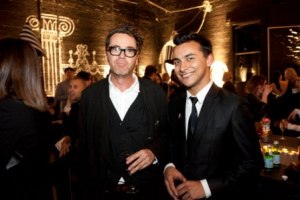 The black and white themed event attracted over 150 guests to Sydney’s Lo-Fi. 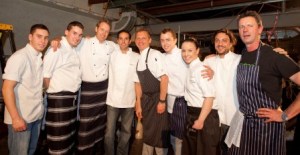 Chefs from some of Sydney’s most popular restaurants showed their support in catering for this exclusive event.

Breast Cancer survivor Talia Turton presented a moving speech of her survival experience, which really touched all those who attended. The guest also heard from FTBC chairman Mark Kelly who officially launched the 2011 campaigned.