EXCLUSIVE BY JAMES WILKINSON IN LONDON

Bucking a city-wide trend, Rydges Kensington London still has rooms available during the 2012 Olympic Games at affordable prices for groups.

Speaking exclusively to SpiceNews on camera in London last week (Oct 20), Rydges Kensington London General Manager Joanna Carruthers said a number of rooms were still available at the Gloucester Road located property, but they were expected to be snapped up fast.

Carruthers said a number of packages were on offer for both groups and individual travellers the recently renovated upscale hotel which will play host to a number of Olympic athletes during the two-week event.

Rydges Kensington London recently underwent a stunning 5 million Pound renovation that has seen the property arguably now offer the leading Rydges room product to be found anywhere in the world.

To view the exclusive video, click on the image below. 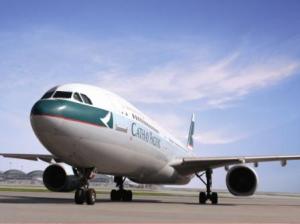 SpiceNews flew to London with Cathay Pacific. The leading Asian airline flies to Hong Kong several times daily from across Australia and New Zealand via Hong Kong and the author recommends flying in Business Class, which has just been given a complete revamp, including spacious new flatbed seats with 15.4? personal TVs. The food and wine onboard is real highlight, as is the superlative service. For bookings, visit www.cathaypacific.com