Advertisement
An InterContinental Hotels Group global initiative has given a young Australian employee a money-can't-buy opportunity to work at this year's eagerly anticipated London Olympic Games.

An InterContinental Hotels Group (IHG) global initiative has given a young Australian employee a money-can’t-buy opportunity to work at this year’s eagerly anticipated London Olympic Games.

After spotting an advertisement on the InterContinental Hotels Group (IHG) intranet last June, assistant banquet services manager for the National Convention Centre (NCC) Sophie Andrews applied for a role as welcome centre team leader at the games. Sophie undertook a robust and lengthy interview process before receiving the exciting news that she was successful and was headed to the London Games. 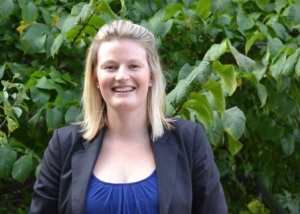 IHG will send 24-year-old Sophie Andrews, a self-confessed sport addict, to the London Games as part of an employment scheme designed to reward employees by giving them the chance to represent IHG and take part in an internationally regarded event.

Holiday Inn, an IHG brand, is the Official Hotel Provider of the London Olympics – helping to design and run the services in the Athletes’ Village and host the Olympic Torch Relay entourage around the UK.

Sophie will be based at the Athletes’ Village and will be responsible for meeting and greeting the Olympians, whilst also providing on hand support.

She’s has been busy preparing for the role by researching the local area, namely London’s East End as well as memorising the key on-site locations at the games. Before Sophie departs for London she will be supplied with a guide kit which will ensure she is as prepared as possible.

Sophie will begin work at the Olympic Games on May 31 and will finish on September 14, after which she will return to Canberra. InterContinental Hotels Group (IHG ) and the London Organising Committee will be funding Sophie’s flights and accommodation during her secondment.

Sophie joined IHG in 2006, aged 18, as a food and beverage attendant at Crowne Plaza Hunter Valley and progressing onto a banquets supervisor, and moving to banquet services manager at the National Convention Centre in 2010. Sophie was awarded Employee of the Year in 2010 – this annual accolade is awarded to an employee who is recognised for going above and beyond their day to day job, and is decided by the senior management team.

“It is pretty unusual to find a company that so invested in looking after employees. To be given this once-in-a-lifetime opportunity is truly incredible and I can’t wait to get to London and be a part of such an exciting global event. When I received the call from the HR department advising that I had been chosen to support at the London Games I was over the moon as this will be the first time I’ve been to the Olympics! I honestly didn’t believe that I would be chosen as I knew how popular the opportunity would be but now I just can’t wait to get there and get stuck in,” she said.

“I will of course be supporting Australia at the London Games and will try and follow the swimming championships with any free time I might have as that’s my favourite sporting event.”