Advertisement
Your state-by-state guide to event restriction rollback across Australia. 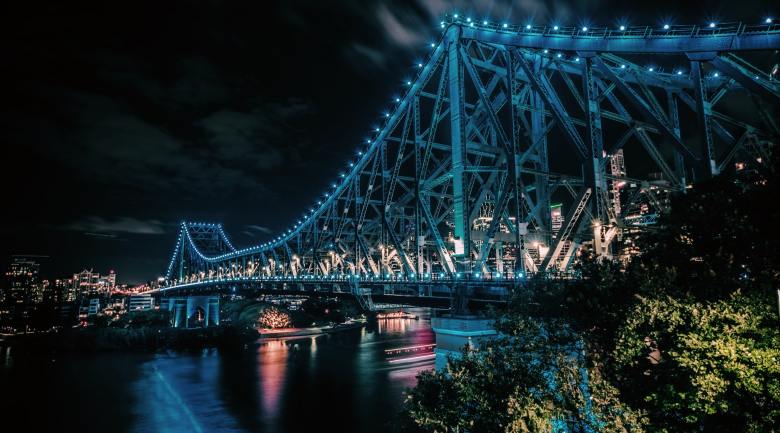 UPDATED 14 July 2020: The Federal Government has announced more steps towards lifting COVID-19 restrictions on gatherings and events, but now it’s up to the state and territories to define their timelines.

On Friday 12 June 2020, Prime Minister Scott Morrison said the three-step COVID-safe framework and will be completed in July, and agreed to remove the 100-person limit on indoor gatherings that was initially included.

Some states and territories have reconfirmed their commitment to rolling back restrictions on gatherings, however some are yet to define their timeline.

Here is a state-by-state outline of what restrictions are easing and where.

The New South Wales Government has removed the limit on gatherings from 1 July 2020, with the maximum capacity of indoor venues to be determined by the ‘1 person per 4 square metre’ rule.

All activity must be seated only, and this includes function centres.

Cultural and sporting events at outdoor venues with a maximum capacity of 40,000 are allowed up to 25 percent of their normal capacity, which means events of up to 10,000 attendees can go ahead.

Events must be ticketed and seated and follow strict guidelines.

Restrictions on funerals have been lifted, as long as the ‘1 person per 4 square metre’ rule is applied.

All other restrictions including 20 guests inside the home and 20 for outside gatherings will remain the same.

The latest information is available here.

The Australian Capital Territory moved to Step 2.2 of its recovery plan on 19 June 2020.

This includes a new maximum of 100 people at indoor and outdoor gatherings, as long as they adhere to the 1 person per 4 square metres rule.

The ACT Government has not yet confirmed when it will remove the 100 person limit on events, however according to its recovery plan, larger gatherings will be considered from 10 July 2020, while “highest-risk activities and settings”, including conference and convention venues will be considered to reopen post July.

Stay up to date here.

The Queensland border will reopen to all states and territories except Victoria from 10 July.

Premier Annastacia Palaszczuk has confirmed Queensland will harden its border to Victorians, saying from noon 10 July, visitors from Victoria will no longer gain access or be able to quarantine in Queensland, instead they will be turned around.

Queensland has also declared the NSW states of Liverpool and Campbelltown as hotspots, which means anyone who has travelled to these areas in the last 14 days will not be allowed into Queensland.

The state moved to Stage 3 of lifting restrictions early on 3 July.

Under Stage 3, events of up to 500 people can go ahead with no approval needed when following a COVID Safe Event Checklist.

Other measures under Stage 3 are:

All the latest information is available here.

Metropolitan Melbourne and the shire of Mitchell in Victoria will return to Stage 3 lockdown from 11.59pm on Wednesday 8 July, for at least six weeks.

The following restrictions will be in place for metro Melbourne and the Mitchell shire:

Retail, markets and hairdressers will be allowed to stay open (subject to conditions), while cafes, restaurants, pubs, clubs and bars will close and can only offer takeaway.

South Australia moved to Step 3 of its roadmap on 29 June, and has removed limits on gatherings completely and introduced a 1 person per 2 square metres rule instead.

An approved COVID Management Plan will be required for some activities, including large public gatherings.

The state has planned to remove the mandatory quarantine for travellers from Queensland, NSW, Victoria and ACT on 20 July, however this has now been delayed due to outbreaks in NSW and Victoria.

Stay up to date with South Australia’s guidelines here.

Stage 3 restrictions commenced in Tasmania on 26 June, which sees the number of people permitted to gather now determined by the density of the area, up to a maximum of 250 people for an undivided space in an indoor premises and 500 people in an undivided space outdoors.

The Tasmanian border remains closed to other states and territories.

More information can be found here.

The Northern Territory borders will officially reopen on 17 July and interstate travellers will no longer need to quarantine for 14 days.

Most restrictions within Northern Territory have been lifted, under stage three of the government’s recovery roadmap.

Events and public gatherings of less than 500 people are permitted to go ahead, however organisers must submit a COVID-19 Event Safety Plan prior to the event to demonstrate the commitment to the key principles.

Major events and public gatherings of more than 500 people must also submit a safety plan and will require formal approval from the Northern Territory chief health officer before being allowed to commence.

The latest information can be found here.

Western Australia moved to Phase 4 on 27 June, which has resulted in:

Phase 5 is planned to be introduced on 18 July and will result in the removal of the two-square-metre rule, all gathering restrictions and the 50 per cent capacity limit for major venues.

While regional travel is currently permitted within Western Australia, the border remains closed to other states.

A tentative date for the border reopening was planned to be included as part of Phase 6, however this has now been put on hold due to the rapidly evolving situation in Victoria.

Stay up to date here.