Advertisement
British Airways is aiming to offer the airline's new Club World (business class) seats on all Australian flights by the end of 2008.

British Airways is aiming to offer the airline’s new Club World (business class) seats on all Australian flights by the end of 2008. 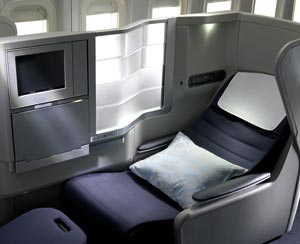 Currently being fitted on all of the airline’s Boeing 747-400 and 777-200 aircraft, the new seats are 25 per cent wider than the current offering, while also featuring a vastly improved in-flight entertainment system.

“We are excited that in the near future, all British Airways customers flying Club World Business Class to and from Australia will be able to experience this award-winning premium travel product that both meets and exceeds their expectations,” he said.

In related news, British Airways has re-launched its first class washbags, with a new range of luxury products from quintessential English perfumer Penhaligon’s.