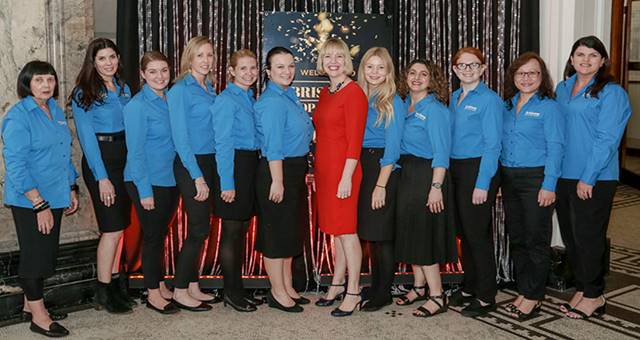 Juliet Alabaster has been appointed General Manager of the Brisbane Convention Bureau.

Brisbane Marketing CEO Brett Fraser said he was delighted to appoint Ms Alabaster to the position which sits within the leadership team of the city’s economic development board.

“Juliet has become an integral figure at Brisbane Marketing and within the broader conventions industry, and this role will enable her to contribute even further in this space,” Mr Fraser said.

“This is a very deserving appointment – Juliet has been applying her extensive experience in the conventions and business events industry since she joined Brisbane Marketing in 2008.

“Juliet progressed rapidly to her most recent role of Senior Manager, Bidding & Business Development prior to stepping up to the role of Acting General Manager, Convention Bureau.

“Her knowledge of the conventions and business events industry is second to none, leading major bid wins and new strategic programs, such as the recently launched Lord Mayor’s Convention Trailblazer Grant.”

“Rob led the Convention Bureau to attract an increased number of conventions and business events that has delivered significant economic impact for Brisbane,” Mr Fraser said.

“Having laid the foundation for the Bureau’s new direction, including its foray into the incentives market, Rob demonstrated his outstanding leadership and became a pivotal member of the organisation’s senior leadership team.