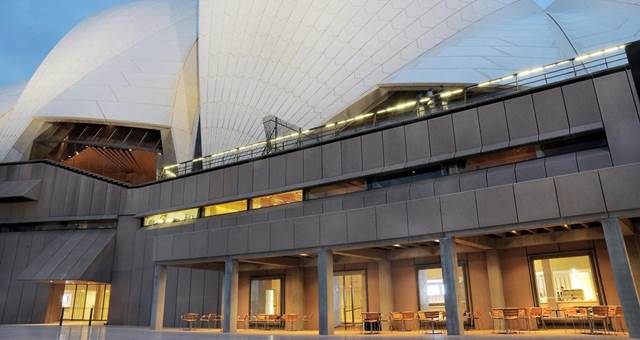 The Western Foyer is seen at The Sydney Opera House in Sydney, Australia, on Tuesday, Sep. 22, 2009. Photographer: Jack Atley/www.jackatley.com

Murdoch, whose most recent Venture was Felix Bar and Bistro at Ivy, was awarded a Sydney Morning Herald Good Food Guide chef’s hat and earned a place in The Australian Magazine’s Hot 50 Restaurants list. She has also received hats while heading up the kitchen at Lotus Bistro in Potts Point and has worked at Ash Street Cellar, Pier, Concourse at the Opera House and Rockpool.

Murdoch and Trippas White Group will deliver innovative contemporary menus, featuring local NSW produce, that are relaxed and affordable in one of the Opera House’s most versatile venues. Jørn Utzon designed the Western Foyers and Colonnade following his re-engagement in 1999.

Sydney Opera House CEO Louise Herron AM said, “We are pleased to be adding Lauren Murdoch and Trippas White Group to the range of high quality dining experiences now available at the Opera House.

“The Western Foyers venue caters to many different audiences – from kids shows, creative play and tourists during the day – to plays, dance, comedy, contemporary music and talks in the evening. It’s a key venue for our resident companies. We were impressed by Trippas White Group’s understanding of this flexible space as well as by their plans for a venue refresh next year. After the busy summer period, Trippas White will install their new fit-out,” said Herron.

TWG currently operates 360 Bar and Dining, Centennial Parklands Dining, Botanic Gardens Restaurant and the newly opened WATT at the Brisbane Powerhouse, The Avalon on the Beach as well as Roslyn Packer Theatre and Walsh Bay Kitchen.

Trippas White Group Managing Director Joseph Murray said, “We are thrilled to be appointed by the Sydney Opera House and to have one of our talented head chefs, Lauren Murdoch lead the charge. It’s exciting to be able to bring our experience and flair to Australia’s most famous building, delivering new food concepts and a fresh look to the Western Foyers venue.”

TWG will begin trading on September 1, with a venue refresh and fit-out planned for 2016.