Advertisement
Cairns is ready to continue the holiday festivities well into the New Year with the opening of the chic new LILO on February 4, 2010.

Cairns is ready to continue the holiday festivities well into the New Year with the opening of the chic new LILO…A Wet Bar on February 4, 2010.

Situated on the terraced rooftops of Rydges Plaza Cairns with views of bustling Grafton Street the venue integrates five indoor and outdoor lounging domains and is rumoured to be the city’s hippest retreat from the street. 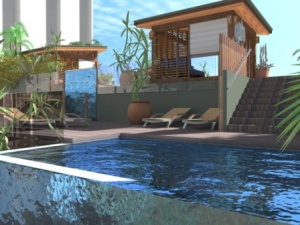 The $1 million project is managed by listed entertainment, hospitality and leisure operator, Amalgamated Holdings Limited (AHL) that, in conjunction with its Rydges Hotels and Resorts network, is currently introducing a contemporary series of restaurant and bar concepts across Australia. These include Locanda Italian steakhouses in Melbourne and Canberra and Mundo tapas bars in North Sydney and Cronulla; all are scheduled to open next month closely followed by LILO in the New Year.

According to director of food and beverage operations for Rydges Hotels and Resorts, Vincent Lombino, LILOs beauty will be its diversity a place where guests are invited to choose their pleasure from any one of five completely different and intimate lounging areas that move seamlessly from inside, out.

Open all day from sun up to well after dark the bar venue will feature an ever-changing, seasonal menu with an extensive cocktail and beverage list to match.