Advertisement
Mantra has announced the addition of a new property to its network in Western Australia with a resort in Broome, located just a short walk from the world famous Cable Beach.

Mantra has announced the addition of a new property to its network in Western Australia with a resort in Broome, located just a short walk from the world famous Cable Beach.

Now part of the Mantra network, the former The Frangipani Resort will be known as Mantra Frangipani Broome. 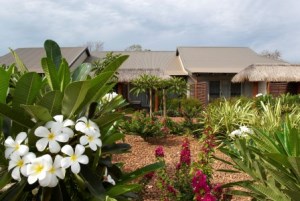 The resort will be headed up by new general manager, Michelle Spinks who is making a welcome return to Broome having previously worked in the region for Oaks Hotels & Resorts:

“I’m really excited to be returning to Broome and to lead the team at Mantra Frangipani. Mantra has a reputation for providing genuine quality guest experiences and I look forward to being able to provide resort guests with many happy memories of holidays in Broome.”

The resort is the perfect option for visitors attending some of the regions more popular events such as the upcoming Broome Cup race on 17 August  Opera Under the Stars, a unique event held in the amphitheatre of Cable Beach,  the Shinju Matsuri Festival 2013 or Broome’s ‘Festival of the Pearl’ which coincides with the natural light phenomenon known as ‘Staircase to the Moon’.

Broome, situated 2398 km north of Perth, has experienced strong visitor numbers each year with growth in the corporate and leisure market and will be a welcome addition to Mantra’s Australian network.

The new addition will be the fifth property in WA for Mantra, joining the two Perth hotels and hotels in Bunbury and Geraldton.