Advertisement
The Perth Convention Bureau has announced the promotion of its Director of Business Development Paul Beeson to the role of Chief Executive Officer.

The Perth Convention Bureau has announced the promotion of its director of business development Paul Beeson to the role of chief executive officer.

He replaces Christine Allen, who announced her resignation in early April who will formally step down from her role as managing director at the end of June.

Bureau Chairman Ian Laurance said today that the board of directors was delighted to promote an existing staff member to the re-titled position of chief executive officer. 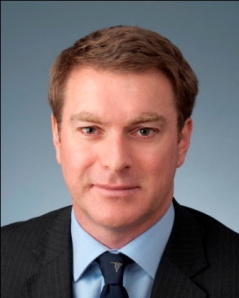 “Paul’s appointment provides a seamless transition to the Bureau’s ongoing operations and will ensure there is no hiccup in its impressive sales performance,” Laurance said. “He had outstanding sales and marketing experience and demonstrated leadership skills prior to joining the Bureau three years ago.”

Laurance said the fact that Beeson had last month been named national ‘Business Development Person of the Year’ by the business tourism industry’s peak body, Meetings and Events Australia, was testimony to his sales and marketing skills.

Beeson’s impressive achievement in securing $35 million worth of convention business in 2009-2010 had contributed more than 37 per cent of the Bureau’s record total sales result of $93 million. This, together with his commitment and passion and his strategic approach to business development and client relationships, had been key facts in winning both the State and national awards.

“She has developed a results-oriented team around her that has delivered wonderful benefits for the Western Australian economy. The Board of Directors wishes her every success as she moves to Adelaide to join her husband.”

Laurance said the Board had decided to change the title of Managing Director to Chief Executive Officer to bring the Perth Convention Bureau into line with bureau in other capital cities.