Advertisement
The Top Gear Live event arrived in Sydney last Wednesday complete with an entourage of more than 100 cars, supercars and modified vehicles, 600 tyres, plus the world's first indoor loop the loop.

The Top Gear Live event arrived in Sydney last Wednesday (Feb 10) complete with an entourage of more than 100 cars, supercars and modified vehicles, 600 tyres, plus the world’s first indoor loop the loop.

With eight shows over four days crowds came in droves to Sydney’s Acer Arena for a spectacular display of precision driving, stunts, pyrotechnics and Top Gear Live’s own unique brand of irreverent humour. 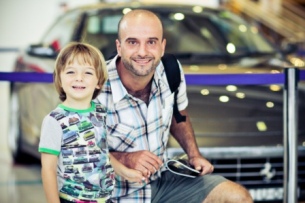 Jeremy Clarkson, James May and Australian supercar driver Greg Murphy presented the show, which has toured the world since October last year, delivering Australian audiences a motoring experience the likes of which has never been seen before. 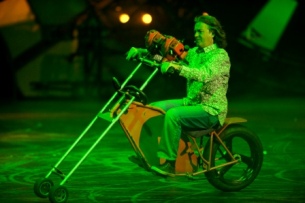 The Stig was also a big draw card for the event this year as he stepped inside his specially modified buggy to complete the Top Gear Live world-first ever indoor loop the loop.

And audience members were also able to spot Australian celebrities racing in a Robin Reliant race on stage during some of the live shows. 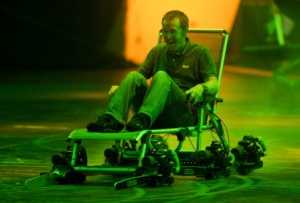 In addition to the live show, visitors raised the adrenalin at the Top Gear Live Festival which was open to patrons before and after the live show. At the Festival, guests attempted their own ramp-to-ramp jumps with one-on-one training from Australia’s most popular professional stunt drivers, the Toyota Hilux Heroes.

Guests took on mates on a Harley Davidson race simulator and saw Harley Davidson motorcycle race legend Matt Mingay live at the Festival for selected shows each day. The Anglo Motorsport Pit Stop Challenge was available for guests to get their hands dirty and test their racing skills against other punters in the X-Box truck.