Advertisement
For the first time in thirteen years, The Sydney Morning Herald's Shoot the Chef portraits are now available for purchase through a silent auction with all proceeds going to one of Australia's leading food charities, OzHarvest

For the first time in thirteen years, The Sydney Morning Herald’s Shoot the Chef portraits are now available for purchase through a silent auction with all proceeds going to one of Australia’s leading food charities, OzHarvest, the official charity partner for Crave Sydney International Food Festival.

Now everyone has the opportunity to own a chef in their homes by placing a bid on some of the amazing prints that are currently on display at Chifley Plaza until 28 October. 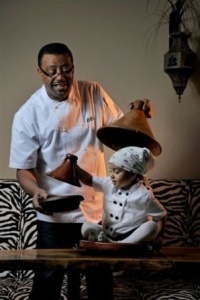 For 26 years Hassan M’Souli has prepared 200 tajines per week. Here with daughter and sous-chef, Nerette, he is photographed by Henry Bois de Chesne.

By placing a silent bid on some extraordinary prints you will be supporting a phenomenal cause. OzHarvest rescue excess food and deliver 333,000 meals per month nationally, feeding Australians in need. The silent auction will run from until 28 October. Browse through all the portraits and place your bid by clicking here.

OzHarvest is the nation’s leading food rescue operation that has been feeding Sydney, Canberra, Wollongong and Newcastle’s hungry since 2004. OzHarvest has recently spread their services even further, launching in Adelaide and Brisbane in 2011 reaching even more of Australia’s most disadvantaged.

Since 2004, OzHarvest has delivered close to 10 million meals. Using a fleet of 14 vehicles, OzHarvest rescues food from restaurants, cafes, hotels, retailers and food outlets throughout these cities as well as helping in rural areas with their regional food rescue program REAP. OzHarvest has plans to expand the food-rescue service nationally to other capital cities. 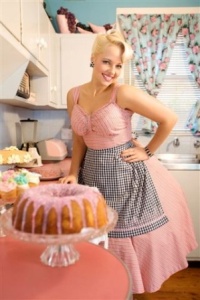 The leading food charity was founded in November 2004 by Ronni Kahn, an event organiser who was so stunned at the amount of food wasted she did something about it. Ronni Kahn was recognised as Australia’s Local Hero 2010 as part of the Australian of the Year Awards.

Thanks to OzHarvest, many men, women and children at the agencies that OzHarvest supports, now have a wider supply and variety of fresh and cooked food, fruit and vegetables which they could not access previously. 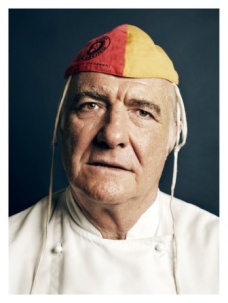 Now in its thirteenth year, Shoot the Chef is a photography competition held by The Sydney Morning Herald as part of the Crave Sydney International Food Festival, presented by Citibank. Paying homage to chefs of all standards the competition challenges photographers to interpret how they would “shoot a chef”. Previous subjects have included MasterChef winner Adam Liaw, Colin Fassnidge, Adriano Zumba, Manu Feildel and Greg Doyle.