“We are thrilled to have Caroline in Australia. As a leading Swedish fashion blogger, Caroline is the perfect ambassador for our brand. She is beautifully Swedish, a style leader, cutting edge and unique,” said managing director of Rekorderlig Cider, Kieron Barton. 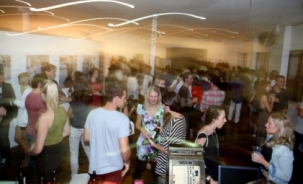 The event took place at Sydney’s Somedays Gallery for about 300 guests.

Caroline and her photographer boyfriend, Daniel Troyse, selected 20 of their favourite images which have featured on their blog, consisting of various ‘street style’ snaps taken outside the fashion shows in Stockholm, Paris, Milan and London. 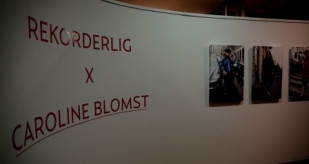 Blomst and Troyse first launched the blog, Caroline’s Mode, six years ago, “We both had a real interest in photography and fashion, and we love sitting in a city and watching people pass by” she says. “We started doing just that, with a camera.”

The pair created Stockholm Street Style in 2005, trolling their small city for fashionable stand-outs. They’ve have become international savvy leading bloggers on the fashion week circuit around the globe and have a huge following. The launch party was a fun and fashionable affair attracting fashionistas, models, actors and Sydney’s style leaders. With its unique style, it was the ideal event to officially welcome Rekorderlig and Caroline to the country. 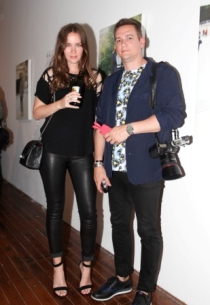 Caroline’s ‘Stockholm Street Style’ exhibition is open to the public at the Somedays Gallery until 22nd April. The exhibition will also continue to London, Stockholm and New York as part of the Rekorderlig international campaign.