Special guests included some famous sporting faces as ambassadors for the brand.

Paul Gale from the 90.9 Sea FM morning crew hosted the evening and Ambassador Jade-Louise, an X-Factor finalist, treated guests to a Larger than Life performance.

The director of Tendence Australia, Githa Silvester, said the launch was the perfect way to lead into 2013.

“Next year is going to be a big year for Tendence and this event was the perfect opportunity to thank all of our Ambassadors, sponsors and retailers for their support,” Silvester said. 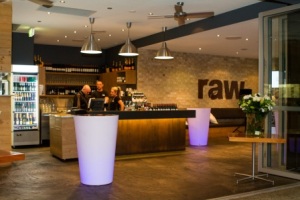 The Gold Coast’s RAW Cafe hosted the event in mid-December.

Director of sales and marketing for Tendence Worldwide, Enrico Scotti, was a special guest at the launch coming all the way from Switzerland and said he was extremely excited to see the brand continue to grow in Australia.

“Tendence first launched in Italy in 2007 and now we’re distributed in over 100 countries and are eager to share our unique watches with Australians” Mr Scotti said.

It has been recently reported that luxury brands such as Zara, Burberry and Ambercrombie and Fitch are seeking a home on the Gold Coast.
Now with the launch of Tendence in Australia, it further highlights the region as a priority for international business.

Tendence Worldwide had the honour of being named one of the top 100 watches in the world at the Baselworld Watch and Jewelry Show this year in Switzerland.