Advertisement
An unsuspecting Tuesday night turned into the perfect excuse for party revellers to kick start the silly season into full gear with a launch party for the American Honey Calender at Sydney's Lo-Fi.

An unsuspecting Tuesday night turned into the perfect excuse for party revellers to kick start the silly season into full gear with a launch party for the American Honey Calender at Sydney’s Lo-Fi. 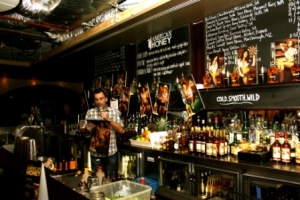 Wild Turkey Bourbon, has a little secret called American Honey, which proudly introduced their new Australian brand ambassadors to over 150 people at Lo-Fi on November 16.

Recently returning from a photo shoot in LA for the American Honeys 2011 Calender, Zoe Balbi and Megan Brunskill were in attendance. It was a great opportunity for an Australian to appear in the calendar, but having two exports was an exciting milestone for the brand. 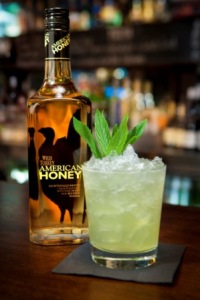 Marketing director for American Honey in Australia Brad Timbrell said “We are very pleased that we had both Zoe and Megan in the calendar as our ambassadors. They are true character of what American Honey is all about, both fun and cheeky.”

Guests climbed the stairs to the hot new venue Lo-Fi (a flash back of the former Middle Bar for some), and were quickly served from a selection of bespoke American Honey cocktails. American Honey with ginger ale and fresh lime seemed to be the favourite for most, a great start into summer ahead.

There was a great selection of American style food circulating; hot dogs, nachos, mini burgers and ceaser salads and an all girl DJ team, including Miss T, Little Bambalam and Anna Lunoe rounded up the event.