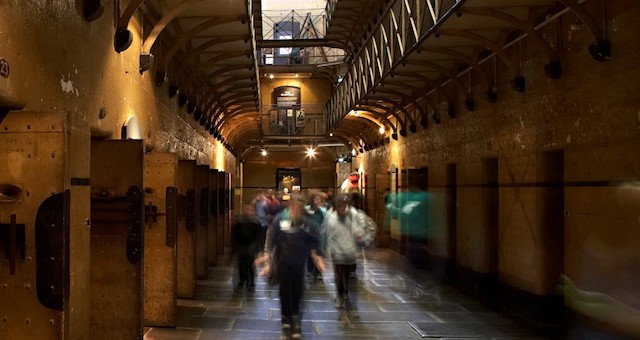 Presented by Showtime Event Group on Sunday 18 February, The Uncover Melbourne: Hosted Buyer and Media Cocktail Evening will immerse guests in Melbourne’s history while enjoying a relaxed networking evening in an unexpected and historically significant venue.

The AIME hosted buyer opening night party is set to take place at Old Melbourne Gaol. event is also the launch for Showtime Event Group (SEG) that includes the debut of the external catering arm of the business.  SEG was appointed by the National Trust Australia (Victoria) as the exclusive caterer of Old Melbourne Gaol and Old Magistrates Court, and the Uncover Melbourne: Hosted Buyer and Media Cocktail Evening will be its first event as the exclusive venue caterers.

“Melbourne is renowned as the events capital of Australia and MCB plays an important role in demonstrating this to the business events sector. Showtime Event Group has proven that it has the creativity, adaptability and professionalism to deliver time and time again, and represents Melbourne to an international audience at the highest possible level.

“We have worked with Showtime Event Group many times to showcase Melbourne’s business events flair, and on each occasion, we are confident that our clients are in good hands,” said Bolinger.

Showtime Event Group general manager, Brad Dabbs said that the business events sector has driven the growth of the business.

“We identified nearly 7 years ago that the biggest growth opportunity for our business was in the business events sector, and we developed a 10-year strategy to leverage this insight.

“Today we are seeing this strategy come to fruition as we proudly launch Showtime Event Group at AIME in front of a highly influential audience.

“What started as Showtime Event Centre at South Wharf has grown to incorporate Cargo Hall and the entire South Wharf precinct, and now our vision has grown to become a major player in the event catering landscape, building a portfolio of venues with a difference to cater into, such as Old Melbourne Gaol.

“Showtime Event Group has aligned with several unique spaces in and around Melbourne, including art galleries, distilleries, exhibition spaces, warehouses and yacht clubs, to build a portfolio of venues to cater within, giving us the capability to cater from 5-5000 people,” said Dabbs.

With entertainment by Solution Entertainment, The Uncover Melbourne: Hosted Buyer and Media Cocktail Evening will provide hosted buyers with the opportunity to reconnect with colleagues and make new connections from across the Asia-Pacific region, while gearing up for a week of inspiration and immersion.