Advertisement
From the ultimate adventures of the world's most loved talk-show host and major sporting events like an international Grand Slam Tennis Tournament, to the blues and roots festival in Byron Bay and road cycling World Championships, Australia's most innovat

From the ultimate adventures of the world’s most loved talk-show host and major sporting events like an international Grand Slam Tennis Tournament, to the blues and roots festival in Byron Bay and road cycling World Championships, Australia’s most innovative and outstanding events are nationally recognised with the announcement of over 70 finalists for the 2011 Australian Event Awards. 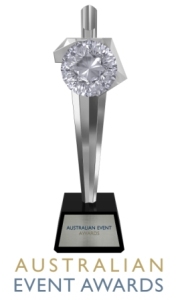 Celebrating 23 categories of event activity from Australia’s thriving events industry, the list of finalists, judged from hundreds of entries, covers individuals, entertainers and educators through to venues, services and caterers and celebrates the best in community, corporate, charity and major cultural and sporting events across Australia.

From Oprah’s Australian tour to Kuvesh and Vyda’s wedding, Mumbrella 360 to Fun4Kids, Tropfest to the Australian Open – it’s a highly diverse set of finalists who share the limelight in the judges’ accolades for their professional excellence and achievements.

The calibre and range of entries have continued to grow since the Awards started in 2009, and co-chairs of the judges Johnny Allen and Sandy Hollway said the more than 70 finalist entries across all categories represented some of the most worthy achievements in an industry brimming with creativity, innovation and professional talent.

“This Awards program now covers accolades for state of the art venues and services through to education and training programs. It celebrates our most talented event entertainers, achievements in design and production, in conferencing and exhibitions through to the most exacting execution of international sporting events. It’s a true reflection of Australian excellence in the events arena,” said Johnny Allen, Foundation Director of the Australian Centre for Event Management.

“The 2011 finalists should all be proud of the invaluable contribution they are making to Australia’s highly successful events industry.”

Several winners from the 2009 and 2010 Awards have built on their successes and returned to achieve finalist berths, with the Australian Open 2011, Santos Tour Down Under, Fun4Kids Festival, 2Fish Brand Experience Creators, Royal Agriculture Society of NSW and Bluesfest Byron Bay all nominated as finalists again this year.

In the Best New Event category MasterChef Live lines up against the NRL All Stars, and New South Wales, Victoria and Queensland vie for the event education award.

The four finalists for Entertainer of the Year will perform in the pressure cauldron of the Awards Night itself to showcase to their peers.

The Industry Night of Nights is less than two months away where one of the Best Event winners will be awarded the prestigious Australian Event of the Year Award. Considered the ultimate prize in the Australian events industry, this award recognises an event that excels against the criteria of its Award category and demonstrates an outstanding example of best practice in events.

The Australian Event Awards winners will be announced at the Industry Night of Nights at ACER Arena, Sydney Olympic Park on Thursday 6 October.

The 2011 Australian Event Awards is the national awards program to reward innovation, recognise excellence and unite the Australian Events Industry. Entries were open to any event staged between July 1, 2010 and June 30, 2011.


For more information about the Australian Event Awards and to register for updates click here.