Advertisement
Industry leaders told Spice News they feel reassured that the Prime Minister is "aware and deeply concerned about the survival of the industry". 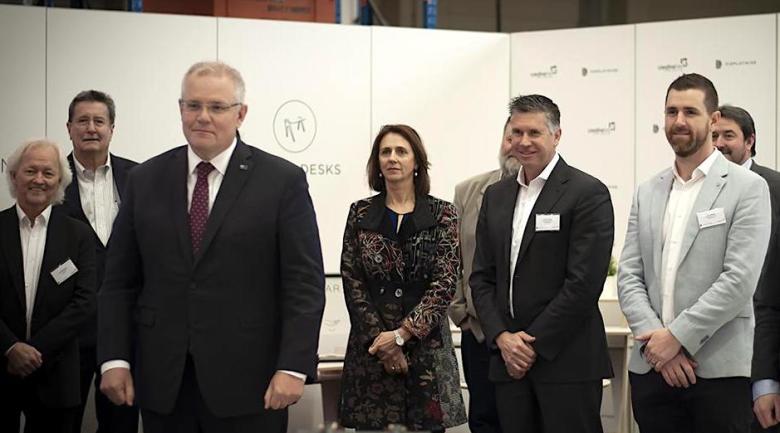 Prime Minister Scott Morrison has acknowledged the significant impact COVID-19 has had on the business events and exhibition sectors following a meeting with industry leaders on Monday (20 July).

Meetings & Events Australia (MEA) CEO Robyn Johnson, Exhibition and Event Association of Australasia (EEAA) chief executive Claudia Sagripanti and ICC Sydney CEO Geoff Donaghy were among a small group of business events leaders who were invited to meet with the Prime Minister at the DisplayWise and Creative Hire warehouse in Sydney’s Sutherland Shire.

Morrison said it was a great opportunity to listen to the issues facing the business events and exhibition sectors.

“The Prime Minister was very much familiar with our industry, at a detailed level, and that was great,” she said.

“It was really quite reassuring that he understood how our industry works.”

Discussions centred around establishing a start date for the events and exhibition sector, the sector’s ability to manage large crowds, and the challenges between each state and territory in terms of restrictions.

The COVIDSafe Guidelines for Business Events, established by BECA, were also a topic of discussion.

“We talked about the guidelines that we have in place for managing mass crowds…and those guidelines are part of the BECA framework that has been put up to Senator Birmingham’s office, which I don’t think [the Prime Minister] had seen yet,” said Johnson.

“He also recommended at the end that he will be recommending to the National Cabinet that they have similar discussions with industry within their own states, so that was great.”

Also speaking to Spice News this morning, Claudia Sagripanti was equally impressed with the Prime Minister’s understanding of the sector.

“He asked a number of questions to really understand and clarify what the barriers were for the industry to restart,” she said.

“He really probed quite hard on what those issues were and how they could be solved and what the government could do.”

EEAA’s main objectives for the meeting were to talk constructively about how the industry could rebuild and to represent the exhibition industry specifically and “discuss the role they play in bringing buyers and sellers together and creating a marketplace”.

Geoff Donaghy agreed, saying it was a very positive outcome.

“The Prime Minister was very generous in his time and clearly understood the needs of the industry and the special nature of how exhibitions and conventions can be done in a safe, controlled, managed environment,” he said.

The future of JobKeeper and industry-specific financial support were also topics raised at the meeting, and further announcements have been made today.

In his press conference on Monday, the Prime Minister assured the business events industry will receive continued financial support.

“There will be many businesses who, from when we first put JobKeeper in place, that they have been able to improve their conditions and they’ve been able to lift their turnover, and that is fantastic news,” he said.

“But there are other parts of the economy, and here DisplayWise is no different, for whom their turnover will continue to be down because of the COVID-19 pandemic and because of the restrictions that have been put in place on the economy. 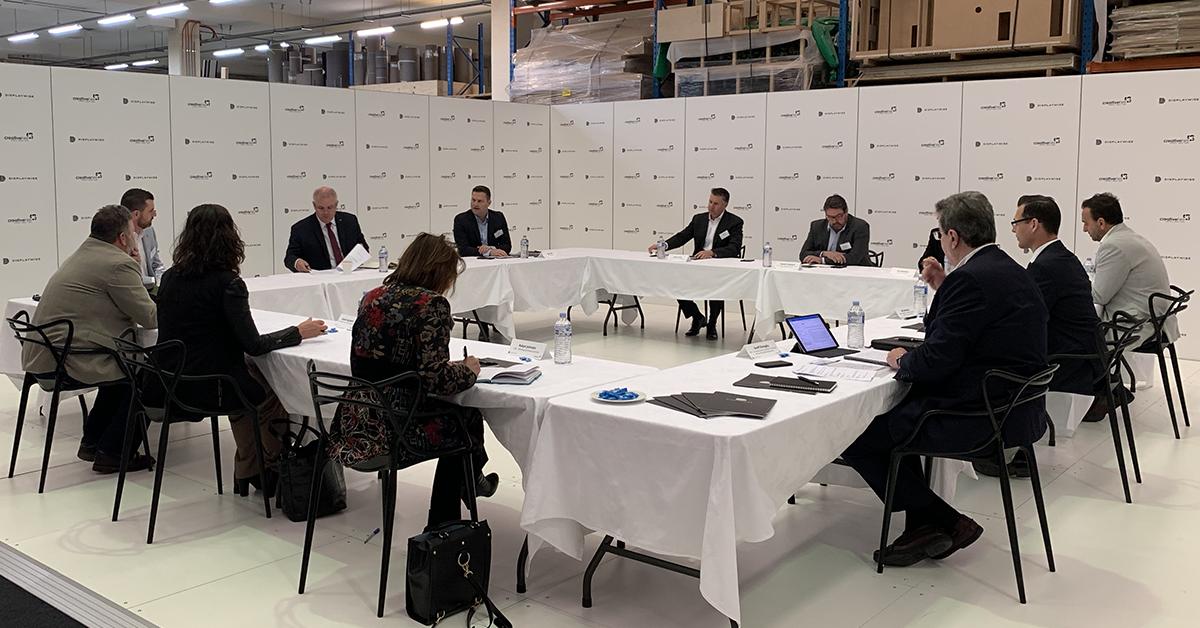 Sagripanti said she feels confident the industry is being listened to.

“Certainly from the comments the Prime Minster made yesterday, he was aware and deeply concerned about the survival of the industry and looking at some industry-specific support,” said Sagripanti.

“My impression was that he absolutely understood and was sympathetic to the plight of the industry.

A step forward for the industry’s restart

While no firm commitments were made by the Prime Minister, the industry representatives walked away feeling positive about the meeting.

“He didn’t make any promises,” said Johnson, “but I felt that he has taken away the concerns of the industry and he understands those concerns.

“He understands that 99 per cent of the business has been lost, we talked about the fact that we have so many small businesses within our sector and that they’re all really hurting and that some of them won’t make it through this period.”

Morrison said he will raise the matters discussed with state premiers when National Cabinet meets on Friday.