Advertisement
As the meetings and incentives market has picked up internationally, New Zealand is firmly back on the map as a destination as MeetingsNZ opens in Auckland.

As the meetings and incentives market has picked up internationally, New Zealand is firmly back on the map as a destination as MeetingsNZ opens in Auckland.

The recession led to many corporates cutting their budgets and slashing long haul travel over the last 18 months or so, but this trend is reversing thanks to an improving global economy, according to Alan Trotter, CEO Conventions and Incentives New Zealand (CINZ). 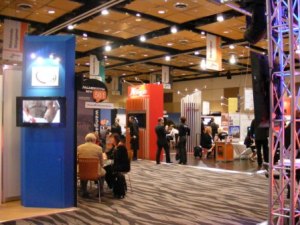 Trotter said that New Zealand’s popularity as an overseas destination is back with long-haul travellers’. Returning from a joint road show with Air New Zealand and Tourism New Zealand to a variety of cities across America spreading the ‘Kiwi word’. Following hot on the heels of this trip, CINZ also exhibited at IMEX, an annual international MICE show in Frankfurt, Germany.

“The mood in both markets is very positive, long haul travel is definitely back on the planning itinerary and New Zealand is a favoured choice. I’m confident that we can look forward to a strong showing of long-haul bookings over the coming months.”

In a move to try and secure some North American, Chinese and Japanese business, a group of buyers are being hosted to New Zealand for the event, New Zealand’s annual MICE tradeshow that opened yesterday (23 June).

“MEETINGS is the perfect place to entice international buyers to come to New Zealand with the show highlighting the country’s top venues, hotels and activities,” Trotter says. “The MICE market injects a billion dollars annually into the New Zealand economy with $280 million of that figure coming from international channels.”

The two-day show is being held at Auckland’s SKYCITY Convention Centre  and is an opportunity for suppliers and operators of a diverse range of venues, products and services to meet with conference and incentive travel planners. A large contingent of buyers from Australia and throughout New Zealand are in attendance.

“Previously New Zealand was put in the too hard basket for some long haul corporates because of the length of flight, comfort and price – Air New Zealand is about to change that.” The newly configured 777-300’s will be launched on flights ex Auckland to Los Angeles in December this year and will be on show at Meetings 2010,” said Trotter.

Meetings NZ will next year be held in Christchurch.