Advertisement
Qantas has inaugurated Airbus A380 services between Sydney and Hong Kong in a boost to inbound and outbound tourism.

Qantas has inaugurated Airbus A380 services between Sydney and Hong Kong in a boost to inbound and outbound tourism. 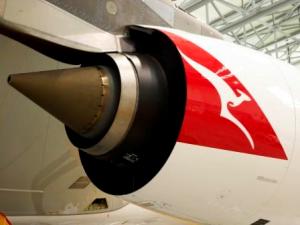 Qantas A380s have taken off for Hong Kong

The move from Australia’s largest airline adds thousands of additional seats on the route each week and provides an upgraded product for business and leisure travellers.

Qantas Airbus A380s will operate Sydney-Hong Kong-Sydney flights on Thursdays, Fridays, Saturdays and Sundays, while Boeing 747-400s will operate on the other three days.

The airline was able to operate the A380s on the Hong Kong route thanks to the arrival of the 11th and 12th superjumbos and the delivery means Qantas has also upgraded Melbourne-Singapore-London and Melbourne-Los Angeles A380s services to a daily operation on each.

Onboard the Airbus A380s flying to Hong Kong, passengers can choose from First Class suites and fully-flat Business Class seats along with the Premium Economy and Economy cabins.