Advertisement
Philippine Airlines has made its debut in Brisbane, introducing twice-weekly services to Manila as part of a major expansion in the Australian market.

Philippine Airlines has made its debut in Brisbane, introducing twice-weekly services to Manila as part of a major expansion in the Australian market. 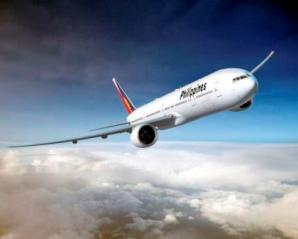 The Queensland capital becomes Philippine Airlines’ third Australian gateway after Sydney and Melbourne and the 25th international destination in the airline’s network.

From today, flights will operate from Brisbane to Manila each Thursday and Saturday aboard an Airbus A330-300 aircraft, carrying up to 302 passengers in a two-class layout – 42 in business class and 260 in economy.

Philippine Airlines fares from Brisbane to Manila are available from $905 return, including taxes and surcharges, or from $2361 return in Mabuhay business class.

The launch of Brisbane flights gives Queenslanders direct access to Manila and onward connections to 19 other airports in the Philippine Airlines domestic network, including the spectacular island destinations of Boracay, Bohol, Cebu and Palawan.

With a flight time of less than eight hours between Brisbane and Manila, Philippine Airlines offers a full-service experience with the best of Filipino hospitality.

The launch of flights from Brisbane follows last month’s introduction of a brand new Boeing 777-300ER aircraft on services to Sydney and Melbourne, increasing overall capacity and introducing new levels of service and comfort.

As well as its twice weekly flights from Brisbane, Philippine Airlines flies five times a week from both Sydney and Melbourne to Manila.