Advertisement
NSW Minister for Tourism and Major Events George Souris, has launched an impressive calendar of events called 'It's ON! In Newcastle and the Hunter,' the program fills the month of March with major events.

NSW Minister for Tourism and Major Events George Souris, has launched an impressive calendar of events called ‘It’s ON! In Newcastle and the Hunter,’ the program fills the month of March with major events.

Speaking at the launch, held at Merewether Beach,  Souris said: “More than half a billion dollars has gone into the NSW economy from the State’s events calendar for 2011 and regional NSW is a big part of that story. 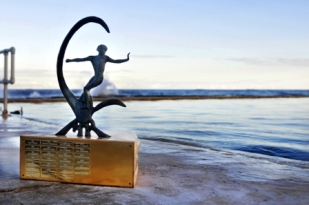 Surfest Newcastle is the first event to kick off the month in March.
Image courtesy: www.richardbartlett.com


“The NSW Government is committed to ensuring a strong place for Newcastle on the NSW Events Calendar and those staged throughout March are a wonderful example of that support.

“Surfest Newcastle Australia will offer 12 days of junior and professional action in one of the longest running and largest festivals of competitive surfing in the world at Merewether Beach, home of event patron and Australian surfing icon Mark Richards.

“The first premiership matches by the Newcastle Knights under new master coach Wayne Bennett against former teams St George and Brisbane are sure to be blockbusting scene-setters for the new Knight’s era.

“The Newcastle Jets will host Gold Coast Untied and Brisbane Roar in Hyundai A-League vital home games as they march towards the finals.

“The Sparke Helmore NBN Television Triathlon Festival is one of Australia’s largest and most successful health and fitness events attracting around 4,000 competitors in five events. 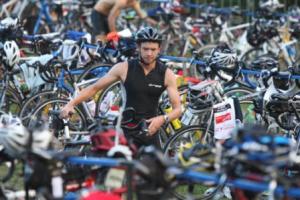 The Sparke Helmore NBN Television Triathalon Festival is one of the many events taking place in March in the Hunter Region.

“Add to this the NAB Newcastle Regional Show, showcasing a traditional regional show with entertainment, exhibits and fun for the whole family. These events offer opportunities for enjoyment and participation for the local community, while delivering a boost for regional tourism, business, and employment,”he said.

“In regional NSW, the value of tourism is more than $8.9 billion in overnight visitor expenditure, based on nearly 18 million overnight visitors. Through Destination NSW, the NSW Government is supporting the further development of visitor numbers through a strong regional calendar of events.

“The NSW Government’s goal is to create, grow and enhance tourism products available across regional NSW, which in turn will help attract more visitors to places like Newcastle and the Hunter,” Minister Souris said.

Member for Newcastle, Tim Owen said: “These events not only serve the community, they help maintain Newcastle and the Hunter’s position as a premier destination in NSW and Australia, and bring vital tourism dollars to the region.

“The NSW Government is also investing in year-round marketing campaigns to promote destinations and key experiences in places like Newcastle and the Hunter. I congratulate the organisers of these events for their commitment to the region, and encourage you all to make the most of these world-class events in March,” he said.