Advertisement
Melbourne developer Capital Alliance has unveiled the first images of the first Marriott to be built in Australia in 20 years. Get a sneak peek here. Melbourne developer Capital Alliance has unveiled the first images of the first Marriott to be built in Australia in 20 years.

Gone are the staples of older five-star hotel rooms: carpet, heavily branded decor and clunky furniture such as closets, chests of drawers and writing desks.

Marriott Docklands, part of the $250 million mixed-use The Docklands project, will instead feature 200 rooms with clean timber flooring, beds sitting atop frames, a small table for dining but no desks and exposed joinery replacing closets. 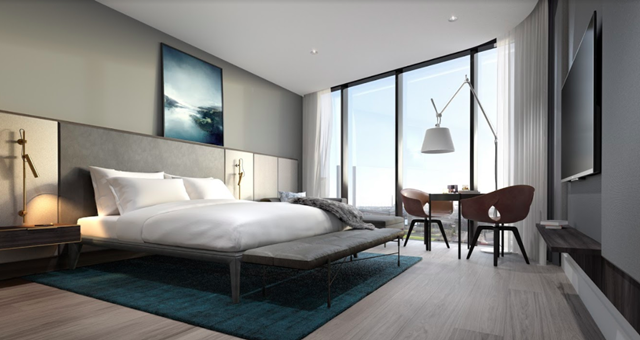 Opening in 2020,  facilities at the new Marriott property include a 28-metre wet edge resort-style rooftop infinity pool and adjoining bar, a ground-level bar, a restaurant and a laneway cafe – all open to guests, residents and the community.

Marriott International senior director development for the Australia-Pacific region Richard Crawford said the new five-star hotel reflected the evolving needs of guests who used hotel rooms differently than in the past and had high expectations of hotel luxury based on sophisticated Asian, European and American hotel experiences. 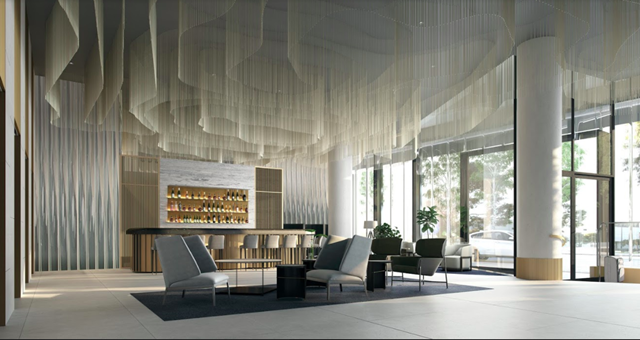 “We’ve reinvented the hotel room as we’ve found that hotel guests don’t use desks in hotel rooms, preferring to lounge on beds or sofas or work in well-designed communal spaces with a relaxed atmosphere,” said . “They also don’t want their clothes and possessions hidden away in storage.”

“Our guests do have a strong appreciation of great design and want to stay in high-end hotels that are luxurious while also reflecting the unique character of their location,” Mr Crawford said.

In a nod to Melbourne’s status as Australia’s fashion capital, the Marriott Docklands’ rooms will have the retail-influenced feature of wall racks that showcase guests’ fashion purchases or spring racing outfits rather than confining them to closets. 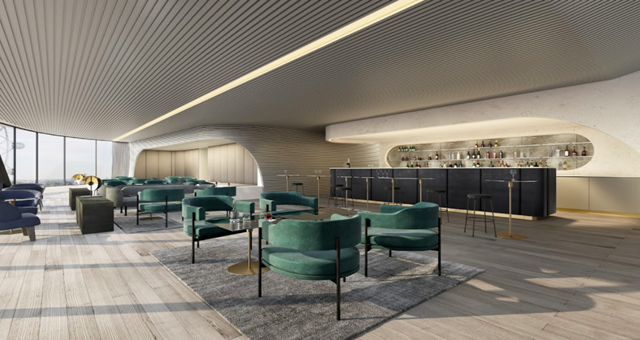 The Docklands will sit atop the newly renamed and revamped District Docklands shopping centre, featuring retailers such as H&M and a soon-to-be-completed cinema complex. Hotel rooms and apartments will have spectacular views of the sunset in the west over the Bolte Bridge or views back towards the city centre.

Recognising that business travellers prefer to work on laptops in hotel bars and other chic communal spaces rather than hotel rooms, the Marriott’s stunning ground-level bar will include side tables designed to accommodate laptop computers. 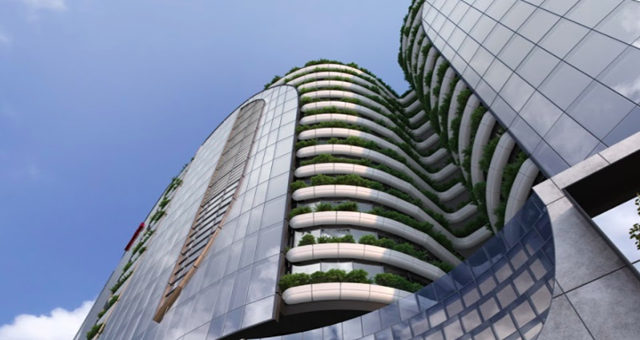 Construction on The Docklands project is expected to begin this year, with hotel slated to open in late 2020.