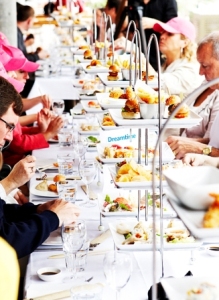 Dreamtime is Tourism Australia’s business-to-business trade marketing event for international incentive agents and media and was presented this year in conjunction with partners Business Events Sydney and Qantas. The two-day Sydney program was the only time all 72 buyers were in the same location. 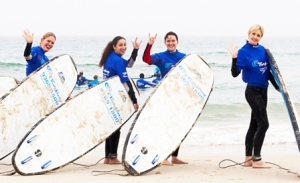 “One morning and one afternoon program catered for those who had not been to Sydney before, covering the ‘must-sees’, whilst the other, for those familiar with the city, showcased the depth of activities on offer in Sydney.

“This is a key message for our destination to communicate to incentive buyers and media – Sydney is not a one trick pony – we’re much more than just the Harbour Bridge and the Opera House and we have the diversity of experiences to prove it.” 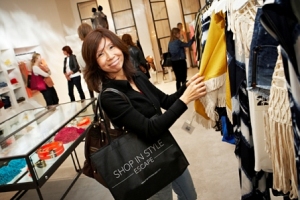 The morning program saw over half of the Dreamtime group take to the harbour with the team from EastSail for a sailing regatta. With friendly rivalry waging between the USA and British delegates, seven boats granted guests a spectacular perspective to view Sydney’s icons. The sailing crews were then transported to Sydney Opera House for an Essentials Tour and a surprise opera performance by Opera Australia. The tour concluded with lunch at the perfectly situated Opera Kitchen.

Shopping was the order of the morning for the remaining Dreamtime buyers and media, who joined the team from Shop in Style Escapes for a personal tour of Sydney’s boutique-lined Oxford Street, Paddington. With in-store presentations, demonstrations and cupcakes along the way, buyers were given an insight into Sydney’s world-class shopping and fashion scene. The tour concluded with lunch at Signorelli Gastronomia, at Doltone House, Darling Island Wharf. 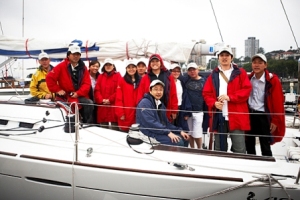 In the afternoon, the group split up again with beach lovers enjoying surfing lessons with the team that also taught Oprah’s audience to surf – Let’s Go Surfing.

Guests were also treated to a short coastal walk to see Bondi’s renowned Sculptures By The Sea exhibition and met with the event’s director for an exclusive talk. Other buyers and media enjoyed soaring over Sydney with Sydney HeliTours before a tour of the historic Rocks district.

“From speaking to buyers and media at Thursday’s farewell event, I know they leave Sydney inspired by the possibilities our city can offer their clients. Although the weather was not ideal, the city still turned on its magic and guaranteed all guests left Australia on a high,” added Lewis-Smith.