Advertisement
Vibe Hotels, as the official Sydney accommodation partner for hit musical WICKED has teamed up with Showbiz offering hospitality packages for groups and individuals.

Vibe Hotels, as the official Sydney accommodation partner for hit musical WICKED, has teamed up with Showbiz offering hospitality packages for groups and individuals.

As one of the most successful shows in theatre history and winner of 20 major awards including a Grammy Award and three Tony Awards, WICKED will open in Sydney’s Capitol Theatre following a record breaking season in Melbourne’s Regent Theatre, on September 5. 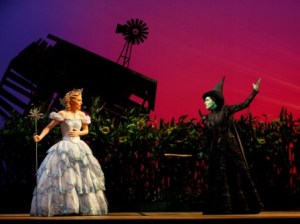 Record-breaking and award winning, WICKED lands
in Sydney next month for groups
and theatre enthusiasts.

Packages include overnight accommodation and an ‘A’ reserve tickets and are available from Showbiz for Toga Hospitality properties including Vibe Hotels, Medina Apartment Hotels and Travelodge Hotels.

One of Australia’s leading theatrical producers John Frost is accustomed to hits, but admits WICKED is something he has never experienced. “WICKED comes with all the blockbuster bells and whistles, certainly,’ he said. ‘But aside from its spectacle, wonderful lyrics and score, its wit and warmth, WICKED also touches other, unexpected, and intriguing emotions.”

“I have been amazed by the capacity of WICKED to attract visitors from all over, in Chicago WICKED drew audiences from across America, it stayed in Chicago three years making it the longest running theatre production the city had seen. In Australia we have found the same, people recognise that productions of the scale and spectacle of WICKED are rare and they make sure they see it while the its here.”

To enjoy a wickedly wonderful night out, to treat your group to a spectacular show or to reward a valued client or employee, visit the showbiz website by clicking here.