Advertisement
Broadway in Sydney will receive a Veriu-branded hotel in April this year. 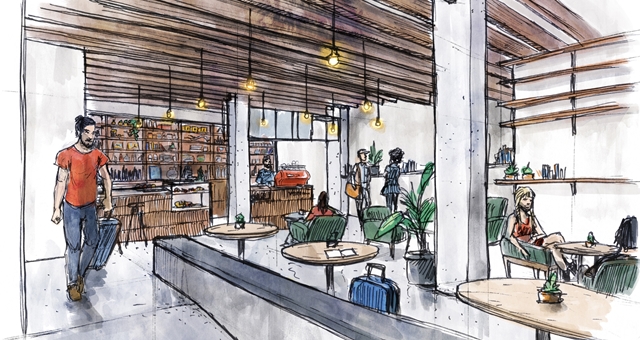 Broadway in Sydney will receive a Veriu-branded hotel in April this year.

Veriu Broadway will be the marquee hotel for the brand following its first foray into the market with the successful opening of Veriu Camperdown, a new build all-suite hotel that opened in March 2016.

The hotel is part of a pipeline of five hotels set to open under the Veriu brand by the end of 2018.

Veriu Broadway is an AUD$18 million conversion of a former warehouse space offering self-contained studios, each over 40 square metres, and one and two bedroom split level apartments.

The hotel will provide 24-hour reception with staff trained as local area guides plus on-site food and beverage in keeping with the precinct’s contemporary café and bar offerings.

Having successfully developed a long stay accommodation business, Furnished Property, in 2002, Thorpe and Williams have now moved into the hotel space to create a portfolio of hotels with a diverse mix of heritage and new developments, all located in Sydney’s thriving city fringe locations.

“We have been providing long stay style self-contained accommodation for 16 years under Furnished Property, where we developed a passion for sharing ‘local’”, said Williams.

“We created Veriu because we saw no reason why a hotel brand can’t provide that authentic local experience backed up by traditional hotel services, excellent customer service and attention to detail in rooms.

“Camperdown was our first test and it was amazing to bring the brand to life in such a vibrant area. You only need to look at places like Deus Cafe and Camperdown Commons to see what local business can deliver and we want accommodation to be a part of this,” he said.

The current network is complemented by a pipeline of hotel developments to take place under the Veriu brand by the end of 2018, including:
-Veriu Randwick (35 rooms) opening April 2017
-Veriu Central (110 rooms) opening early 2018
-Veriu Green Square (142 rooms) opening late 2018

Veriu specialises in operating sites with 20-120 rooms in CBD and city fringe areas with capacity to go larger if the location is right.

“Having some flagship CBD sites supported by a number of smaller satellite local properties in the city fringe is central to our strategy. We make it happen in areas and buildings where the global brands may be less interested,” said Thorpe. 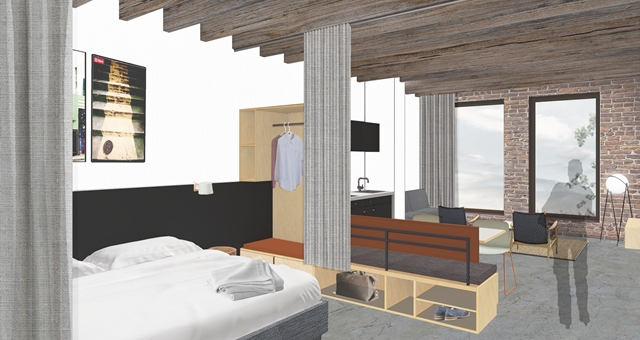 Williams said, “We have seen Sydney emerge as a city of villages and we want to share the uniqueness of Sydney’s diversity through the Veriu brand in areas like Camperdown, Broadway, Green Square and Surry Hills.

“These villages really excite us for the leisure market but equally corporates want these bespoke experiences.”

With an authentic local experiences paramount to the Veriu ethos, guests will also receive complimentary drinks and snacks from local area operators and local artists are also engaged to incorporate designs based on the genuine character of the building and neighbourhood.

“Beyond this, we want our guests to move freely through our properties so we have developed a unique concept called ‘Veriu Connect’. This allows any Veriu guest to drop into one of our other locations, flash a room card and have a complimentary locally sourced drink and ask the concierge about the best places to explore. You could cover the best of Sydney just by visiting the Veriu network of properties,” said Williams.