Effective from 15 January 2013, a revised brand vision will capitalise on continued market demand for quality apartment hotels in city centres along with serviced apartments in regional and suburban locations. 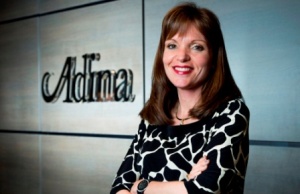 CEO of Toga Hotels Rachel Argaman has announced an update to the strategies of the Adina and Medina brands.

“Toga Hotels is proud to announce an update to the branding strategies for our apartment hotels,” said Rachel Argaman, CEO of Toga Hotels.

“Adina Apartment Hotels will now spearhead our apartment hotel offering; both locally and internationally. All Adina Apartment Hotels will be synonymous with style, space and service. Toga’s 30 year strong Medina brand will remain fundamental to our business and its signature will be refocused towards classic serviced apartments as Medina Serviced Apartments. I am confident that our guests, clients and stakeholders will embrace our brand vision and that Toga Hotels will continue to thrive, both locally and abroad, well into the future.”

The expansion of Adina Apartment Hotels will create a cohesive,international apartment hotel platform which will capitalise on the value of global distribution. Additionally, the change will simplify accommodation choice for guests including a shift away from ‘grand’, ‘executive’ and ‘classic’ apartment hotel classifications.

Further growth is anticipated for the brand, both within Australia and internationally.