Melbourne’s Crown complex has opened its latest destination, The West End encompassing two new restaurants – The Merrywell and Cotta, two new bars – Lumia and The Common Room, premium and casual gaming, live entertainment and sports streaming from around the globe.

The new entertainment precinct is destined to be popular for after-work drinks, memorable dining experiences and a social hotspot after and during major local and international sporting events.

The West End precinct was a two-year, over $90 million project that has enhanced 15,000 square metres of the Clarendon Street end of the Crown Entertainment Complex. 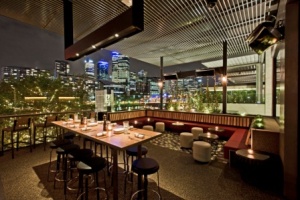 Included within the complex are The Merrywell which opened in late-April to rave reviews with its two international chefs, Grant MacPherson and Sam DeMarco who have intertwined their knowledge and experience of American and Tex-Mex cuisine and refined it for Australia’s discerning palate. 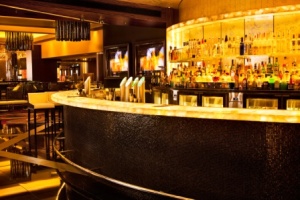 Lumia cocktail bar, one of two new bars to open within Crown’s The West End.

The Common Room is set to entertain with transparent screen walls, live bands and DJs, a 5.8 metre projection screen and oversized LCD TV screens dedicated to showing all major domestic and international live sporting events are distinctive features of The Common Room.

Lumia cocktail bar is located in the centre of The West End. Offering an expansive bar and its own terrace, there’s also an eye-catching 30-metre-long artwork on the ceiling backlit with LED lighting as well as a ground-breaking cocktail list that will tempt even the most wary. Live Cuban and Latin music will differentiate Lumia and set it apart from its surrounds.