Advertisement
As Starwood plans to open one hotel every two weeks in China for the remainder of 2011, the company's President and CEO, Frits van Paasschen has decided to relocate his senior leadership team to Shanghai until mid-July.

As Starwood plans to open one hotel every two weeks in China for the remainder of 2011, the company’s President and CEO, Frits van Paasschen has decided to relocate his senior leadership team to Shanghai until mid-July. 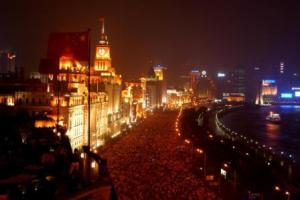 Speaking at the 33rd Annual New York University International Hospitality Industry Investment Conference at the New York Marriott Marquis hotel, van Paasschen said to understand the market you need to be entrenched in it.

“Growth in emerging markets is key (for the company) and I’m going to China for a month,” he said. “I’m going to spend time talking to our partners (because) you can’t understand a market until you buy groceries there.”

Van Paasschen said the company’s top executives would go about their day-to-day business on a 12-hour time difference with their “usual operations” in White Plains, New York, until July 11.

“Eighty percent of our future pipeline is outside of North America, and nowhere is more emblematic of our global growth than China, where we will open one hotel every two weeks this year.

“China’s spectacular transformation is hard to grasp unless experienced firsthand,” he said.

Starwood currently has 70 existing hotels in China and a pipeline of over 90 new-build properties.

“China is one of the world’s fastest growing domestic and outbound travel markets. In fact, Beijing Capital International Airport is now the world’s second busiest airport, with more passengers than Chicago O’Hare or London Heathrow,” he said.

Van Paasschen said Starwood’s significant history in China was paying dividends, now, almost 30 years after the company’s first property opened there. In 1985, The Great Wall Sheraton Hotel opened in Beijing, which at the time was the first international branded hotel in the People’s Republic of China.

“Many predict that more than 70% of the world’s growth over the next decade will come from emerging markets, which is consistent with Starwood’s skew towards development in these markets,” he said.

“China recognizes that hotels are an essential component of infrastructure growth, and other fast growing markets are following suit.”

Eight of Starwood’s nine brands are currently operating in China, with the biggest growth coming from Sheraton Hotels and Resorts, with 35 hotels operating and 40 in the development pipeline.