Advertisement
New Zealand Prime Minister and Tourism Minister, the Rt. Hon. John Key, is once again set to open the New Zealand Hotel Industry Conference in Auckland on May 12, 2011.

New Zealand Prime Minister and Tourism Minister, the Rt. Hon. John Key, is once again set to open the New Zealand Hotel Industry Conference in Auckland on May 12, 2011. 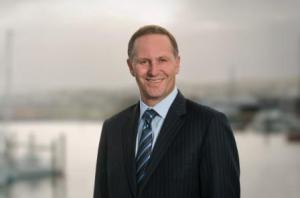 Key is one of several keynote speakers announced by co-hosts of the conference, the New Zealand Hotel Council, Horwath HTL and Lowndes Associates.

Kevin Bowler, CEO of Tourism New Zealand will provide a keynote address on overseas visitor arrival outlook and implications for New Zealand hotel demand – including from earthquake and tsunami struck Japan (one of the largest inbound markets to New Zealand), and the impact on Christchurch tourism whose visitor infrastructure was severely damaged in the February 2011 earthquake.

Craig Collins, Managing Director Australasia – Jones Lang LaSalle Hotels will discuss Australia and New Zealand hotel investment trends and how to maximise market value. Over $NZ220 million was invested in nine existing hotels in New Zealand by overseas and local investors in 2010, the largest single year of hotel investment, according to Terry Ngan.

Norm Thompson, Deputy CEO of Air New Zealand, will address the expected 300 delegates, sponsors and exhibitors on its business innovation strategies employed in the last 3-5 years which has led to it winning several international airline awards.

Stephen Toplis, Head of Research at BNZ, will again speak at NZHIC 2011 on the domestic and overseas economies of our main source markets and gauge how they could affect visitor and hotel demand in the next 12-24 months.

There will be six breakout panel sessions at the hotel conference according to the co-hosts, including discussion on inbound operator views on existing and future hotels, online/social media, new hotel products and brands, people management, hotel refurbishments and the impact of, and opportunities arising from, the Christchurch earthquake.

The conference dinner will again include the three New Zealand hotel awards for Senior Hotel Executive of the Year, Outstanding Young Hotel Executive and Environmental Sustainability, which were all introduced at the 2010 hotel conference.

This year’s conference, to be held at the Skycity Auckland Convention Centre, has Accor Hospitality as its platinum sponsor.

Registrants to the New Zealand Hotel Industry Conference will gain complimentary entry to the technical seminar on the afternoon of the Wednesday (May 11) prior to the conference.

This seminar, for which a final program will be released shortly, will this year potentially feature strata title hotels and serviced apartments, hotel valuations and hotel management agreement trends, according to Horwath HTL’s Terry Ngan.

HM magazine is once more proud to be a sponsor of NZHIC and will reporting live from the conference with exclusive video interviews with New Zealand’s hotel leaders.

To view the program and register for the conference, visit www.nzhotelconference.com