Sydney harbourside venue, Helm Bar & Bistro, has recruited hospitality guru Daniel Altshuler to expand on its profile as an event and foodie destination. 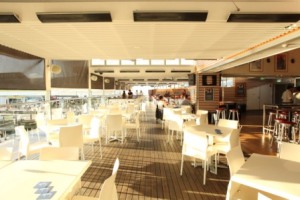 Altshuler, whose career in hospitality began over ten years ago, brings national and international experience to the table in his new role at Helm Bar. After spending time in America, he returned to Sydney in 2002 to help open the renowned venue and corporate hang-out, Martin Place Bar.

Now as general manager of corporate events for Helm Bar, his goal is to build the venue as a premier location for not only drinks and entertainment, but also dining and events.

“Being set smack on the waterfront and with a suave architectural layout, Helm Bar has all the potential to take off as a top-tier event space, as well as developing its profile as a popular bar and bistro. People will now see more entertainment, more events, and a more streamlined product,” he said.

Altshuler is also heavily involved in the plans for the new bar that is set to open up this April under Helm Bar’s current residence at Aquarium Wharf. Promising a super-cool selection of live entertainment, a tasty and affordable bar menu, as well as a casual yet upbeat atmosphere, this new addition is set to make Helm Bar the place to be for seaside socialising.