Advertisement
Truffles, finger limes, hand-churned butter and maroon crayfish were some of the fresh local ingredients on show at a recent preview of InterContinental Sydney's new A Taste Of dinner series.

Truffles, finger limes, hand-churned butter and maroon crayfish were some of the fresh local ingredients on show at a recent preview of InterContinental Sydney’s new A Taste Of dinner series. 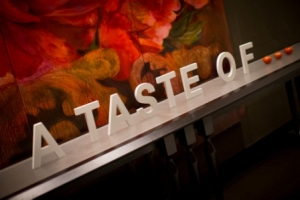 The event kicked off the InterContinental Sydney’s A Taste Of dinner series. 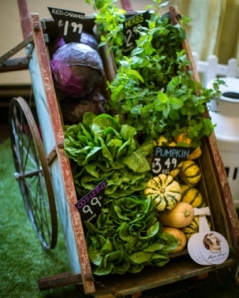 Produce was also featured in an array of culinary treats created by the hotel’s talented chefs, as sampling sizes of the dishes available on InterContinental Sydney’s new A Taste Of degustation menus, starting February 25, 2013.

Served in the hotel’s Cafe Opera restaurant, A Taste Of will feature four menus, each celebrating a different producer through four courses and canapés, matched to wines from around Australia.

The launch event was hosted by InterContinental Sydney’s executive head chef Tamas Pamer and executive sous chef Julien Pouteau, who led the creation of the series. 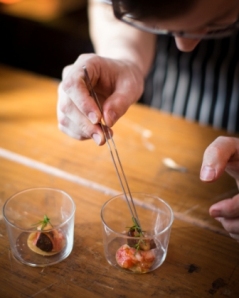 “Through these dinners, we not only want to give guests an interesting gourmet experience, but also increase their awareness of produce seasonality and introduce them to some of the amazing local producers who call Australia home,” Pouteau said.

“We have great relationships with these amazing producers, whose passion for local produce and top quality cuisine mirrors our own. We are delighted to collaborate with them to create A Taste Of.”

A Taste Of dinners will be served from 6.00pm in Cafe Opera, located on level one of the hotel’s circa 1851 Treasury Building. Bookings are essential.