Advertisement
The 103-room hotel will open in November, taking over the former Emporium Hotel in Brisbane. 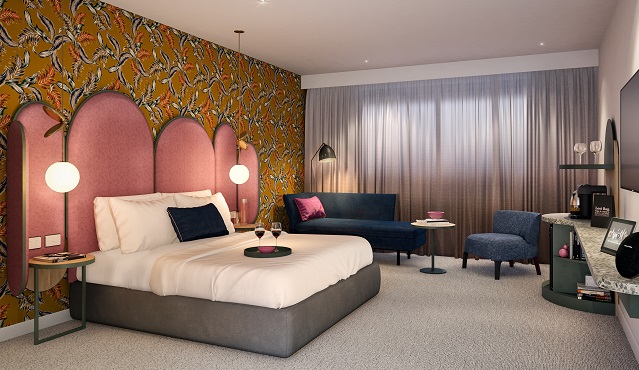 Ovolo Hotel Group has confirmed its new Brisbane property, Ovolo The Valley, will open in November.

The hotel will open following a multi-million-dollar renovation of the former Emporium Hotel in Fortitude Valley, which the group acquired in January.

“There are many new comers to the Brisbane hotel market, but Ovolo’s biggest point of difference is our exceptional customer service and design,” he says.

“We strive to exceed expectations and our rankings and customer feedback says it all. We are confident Ovolo The Valley will be a market leader for Brisbane in the near future.”

Architecture firm Woods Bagot are behind the redesign, which will include commissioned art pieces, custom wallpaper and quirky furniture.

“We started by exploring the spaces behind The Valley’s indiscernible facades and the spaces in-between and translated them into playful yet sophisticated experiences that take the Ovolo guest by surprise.”

Once such surprise is the rock star suites in honour of the late David Bowie, named after alter egos Major Tom and Rebel Rebel, and complete with 1970s-inspired velvet lounges and a gold bar.

Woods Bagot will also work in collaboration with former Brisbanite, Chloe Want from New York design firm AvroKO to develop the hotel’s standalone restaurant and bar concept, which will open early next year.

“We’re proud that Girish has chosen yet again to bring his unique Ovolo style and sensibility to Brisbane,” she says.

“The group have seized the opportunity to reposition and deliver one of the city’s most well-known hotels into a new era with the Ovolo The Valley. Following on from the Ovolo Inchcolm opening last year, we see the group’s second hotel as a major vote of confidence in Brisbane.”