Advertisement
The Fairmont Resort in the NSW Blue Mountains is about to begin a new era following the purchase of the hotel by property magnate Jerry Schwartz and its inclusion in Accor's upscale MGallery brand.

The Fairmont Resort in the NSW Blue Mountains is about to begin a new era following the purchase of the hotel by property magnate Jerry Schwartz and its inclusion in Accor’s upscale MGallery brand. 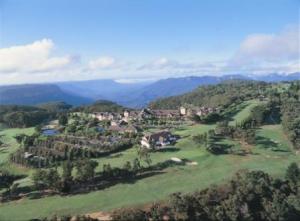 For most of its 22-year existence, the Fairmont Resort has been regarded as one of Australia’s premier leisure, conference and event venues, with its inspirational location overlooking the Jamison Valley and its vast range of sporting and recreational activities complementing the extensive range of meeting venues.

However, in 2007, the Fairmont Resort (no association to the Canadian-based Fairmont chain) was the subject of extensive media coverage after a number of staffing issues that quickly earned it the tag ‘Blue Mountains’ Fawlty Towers’. But the property’s much-publicised fall from grace has finally ended, and Schwartz’s plans will see the hotel return to its former glory.

Always popular for conferences, incentives, team-building, functions and weddings, the MGallery Fairmont Resort has had a new team at the helm for over six months, and will now benefit from a major new focus on the MICE sector.

Already enhancements have been made to the hotel’s facilities, and these will continue throughout 2011 without affecting the hotel’s ability to host conferences and events. 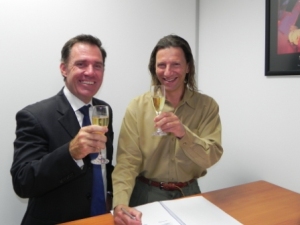 MGallery Fairmont Resort General Manager, Geoff York, said that there couldn’t be a better way for the resort to enter 2011.

“It’s very pleasing what’s already been done at the hotel and we’ve hosted a number of major conferences and events in the past few months which all went very well,” he said.

“The design of the resort means that renovations can take place in one section of the hotel without affecting any other areas. Already the outside pool renovation has been completed and we will be working through each of the accommodation wings progressively,” York said.

“The hotel is actually looking fantastic already thanks to the very favourable weather we’ve had over the past six months and with the Great Western Highway nearing completion of its complete upgrade, the resort is now just 90 minutes by car from the Sydney CBD, and that should reduce even further by 2012.

“So many business event organisers have contacted me over the past few months asking ‘when will the hotel be ready to host events?’ Well, the answer is quite simple – now.”

All 12 meeting rooms and the grand ballroom will be upgraded progressively, with new furniture, cutting-edge technology and fresh new colour schemes, with capacity for up to 800.

The 210 accommodation rooms will also receive a makeover including new bathrooms, bedding, joinery and carpeting, while the public areas will be renovated to include a stylish reception lounge with central fireplace overlooking the Jamison Valley.