Advertisement
The city of Auckland continues to steal the limelight at Meetings 2009, with the host city securing several major conferences and exhibitions over the next two years.

By James Wilkinson in Auckland

The city of Auckland continues to steal the limelight at Meetings 2009, with the host city securing several major conferences and exhibitions over the next two years. 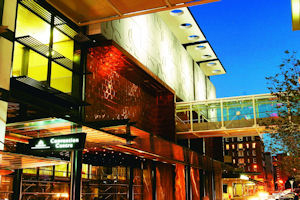 The city is also set to host next year’s Meetings exhibition, with the hosts deciding against a move south to Christchurch until 2011, due to the current state of the New Zealand economy.

Conventions and Incentives New Zealand (CINZ) CEO Alan Trotter said having Meetings 2010 in Auckland meant there was a greater chance for success on the day buyer side and given the current economic climate, this was a necessity.

“It is prudent to keep the event in the bigger city and thus attract greater numbers,” Trotter said. “However, Meetings will return to Christchurch in 2011 when economic stability is likely to have returned.

Both conferences are being held at the Skycity Auckland Convention Centre and the venue’s conventions manager Peter Zielke said the wins were fantastic news for the city.

“This is huge and it’s important not just to the city, but the whole country,” Zielke told SpiceNews in Auckland this morning (Jul 23).

The conference wins have been praised by Tourism Auckland chief executive, Graeme Osborne, in particular the Neuropsychological Society’s July 2011 event.

“We continuously bid for events likely to benefit the region’s hotels and venues (and) to secure this conference in the middle of the low tourist season is a great result,” Osborne said.

The economic impact of the conferences is estimated to be over NZD$5 million and there could be more good news around the corner.

Zielke said bookings at Skycity Auckland Convention Centre for the 2009/10 financial year were up 16.8% compared to the corresponding period in 2008/09.

Increased business and high-class events are helping Skycity to retain its title as the leading facility of its kind in New Zealand’s largest city. Several more conferences are being held in the two-level centre, including the region’s next MICE showcase event, PAICE, on September 8.

Several major players in the industry have been exhibiting at Meetings 2009, where the mood across buyers and exhibitors has been positive.

Over the first two days, hotels reported strong interest from buyers, with several signing major deals on the spot and others providing major quotes, with bookings expected today (Jul 23).

Increased interest in product this year has come from major Australian buyers – thanks to affordable airfares and more direct routes being launched by Pacific Blue in September. Air New Zealand’s new cabins have also been in the spotlight for buyers, thanks to the major sponsorship from the airline that saw all hosted buyers flown across the Tasman by the airline.

Queenstown has been flagged as the hot conference destination for 2010, given the region’s increased flights and affordable airfares, with several hoteliers telling SpiceNews the MICE market forecast for the next 18 months is very positive.