Advertisement
With just one month to go until the opening of RSVP Melbourne, Exhibition Trade Fairs has announced the dates for their 2011 shows

With just one month to go until the opening of RSVP Melbourne, Exhibition Trade Fairs has announced the dates for their 2011 shows.

This year will see a wealth of additional features added to the both shows including segaments particularly targeting the needs of PA’s and EA’s at the dedicated RSVPA section and the Spice Magazine Ideas factory which will showcase a variety of never before seen products to the event industry.

The popular RSVP After Dark party, held for exhibitors and attendees by invite only, will be held at the Old Melbourne Gaol and sponsored by Marekai is also set to be the place to network and celebrate the end of what was a tough year for many. 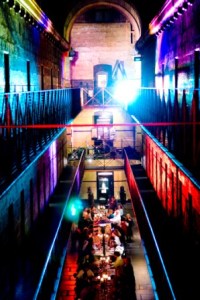 The ever popular RSVP After Dark party will take place at the Old Melbourne Gaol, hosted by Marekai

Registrations to attend are essential click here to register and for more information on what’s in store for visitors at this year’s shows, secure your tickets to the inspiring Event Talks Program as well as secure your spot at some of the amazing programs within the show.