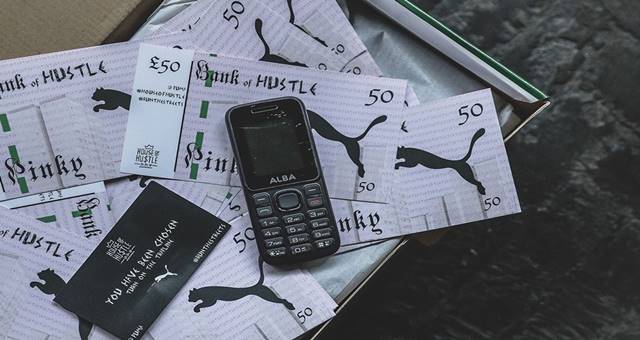 The event — which was reportedly held in a makeshift “trap house” (a den for buying and selling illicit drugs) in SOHO London — was decorated with dirty mattresses strewn on the floor, blacked out windows and graffiti, according to a report by The Guardian.

Invitations to the launch event also sparked controversy, with guests delivered a Puma shoebox filled with mock £50 notes, a ‘burner’ phone, and a card instructing them to “turn on the trap line”. The term ‘trap line’ is street slang for a phone used strictly for the exchange of drugs for money, according to Urban Dictionary.

According to Dazed, when the phone was switched on, a message that said “Yo G what u sayin today? Pass tru the House of Hustle [sic]” appeared.

Puma refuted claims that the event glorified drug culture, instead claiming that they chose to use the term ‘trap’ and ‘trapping’ with the intention of the colloquial interpretation of ‘hard work’ and ‘hustle’ in a number of fields.

Netizen Amber Gilbert blasted Puma in an open letter penned on instagram, putting the sports brand on blast for “failing to honour their corporate social responsibility”.

“We can only hope that rather than capitalising on lifestyles that are born out of poverty, your future ‘creatives’ will come up with a less exploitative way to sell trainers,” she wrote.

“We want to make clear that Puma in no way endorses or intends to glamorize drug culture. We never intended associations with drug usage, drug culture or drug dealing in any way and we regret any misunderstandings in this respect. We apologize for any upset or offense caused in the usage of this language,” the company revealed in a statement.

In a statement following the event, Puma described House of Hustle as a celebration of creative entrepreneurial pathways that are being forged from within the often testing social and cultural environments that are a reality for an increasing number of young urban dwellers.