Tourism and Major Events Minister, Louise Asher MP announced on 27 July 2011 that Leigh Harry has resigned as chief executive of the Melbourne Convention and Exhibition Centre (MCEC) to accept the role of chief executive officer, Tourism Victoria and deputy secretary, Tourism and Aviation, Department of Business and Innovation from 23 September 2011. 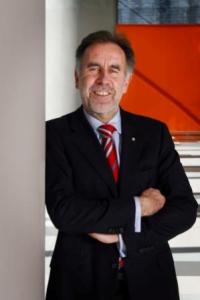 After 22 years of service, Leigh Harry resigns as Cheif Executive of the MCEC.

“Tourism is a crucial Victorian industry and his experience will be invaluable in the years ahead.”

Chairperson, Melbourne Convention and Exhibition Trust, Bob Annells said “Leigh has been integral in placing Melbourne and Australia on the world stage for meetings and events and is a well known ambassador for the business events industry.

“On behalf of the Trust I congratulate Leigh on his appointment and wish him all the best for the future.”

As chief executive of the MCEC since 1989 Leigh Harry is a well respected figure in the national and international business events industry.
“It is with a mixture of regret and great pride that I leave the centre. I am proud of what the team has achieved for Melbourne and Victoria over many years and will miss being part of the group,” Harry said.

“I am pleased that in my new role, business events will continue to be vitally important along with all other aspects of the leisure tourism and major events industries. I am looking forward to taking up the new and critical challenges ahead.”